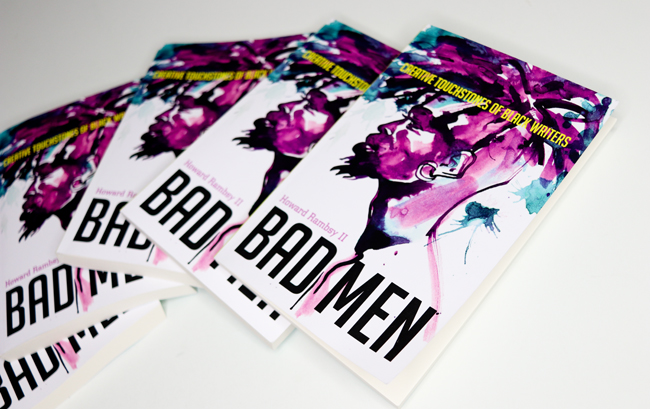 In 2004 I began working with a program at my university to support the academic and intellectual efforts of first-year, collegiate black men. Given my training in African American literary studies, one of my main contributions to the program involved introducing the students to compositions by black writers. The class was an unconventional English course, so I was not restrained by a typical literature curriculum, nor was I obligated to focus only on novelists, poets, and short-story writers—mainstays of American and African American literature courses. By far the most popular composition that I introduced to the students during the first couple of years was an article entitled “Urban Legend” (2003), by Ralph Wiley, a sports journalist. The short article focused on the phenomenal Allen Iverson.

By most accounts, Iverson was a bad man. He was known for his tough exterior and apparent thug lifeways. But for Wiley and the young men in my course, Iverson was also a muse. Iverson sparked ideas, provoked debates, and encouraged heroic thoughts.

The students in the course, several of whom had been designated “bad” at some point or another, were often compelled to testify that Iverson and men like Iverson were inspirational. Wiley could find the good in Iverson, and so could the young men in my class. I developed a writing assignment entitled “Local Urban Legend,” where the first-year students were invited to write a short profile piece, in the spirit of Wiley, about the sometimes-hidden talents of people from their home environments. The guys wrote about playground basketball legends, ex-cons from their neighborhoods, and failing students who were far more intelligent than their grade point averages reflected. The consensus among the students was that they could have written much more than what they submitted. That acknowledgment was a pleasant surprise since under most circumstances quite a few of them disliked academic writing assignments.

That early assignment was the genesis for my thinking about the possibility of bad men as muses. Sure, like most people, I had heard the idea that “everybody loves bad boys.” Still, I was discovering additional prospects for what that might mean for writers. Discussions of bad men, I came to realize, were closely related to considerations of a variety of creative approaches and ideas.

This book illuminates some of the ways that black boys viewed as vulnerable or harmed and black men thought of as bad have served as sources of creative inspiration for an array of contemporary black writers in poems, novels, news articles, blog entries, and comic strips.

Related:
• A notebook on Bad Men: Creative Touchstones of Black Writers
Posted by H. Rambsy at 11:11 AM