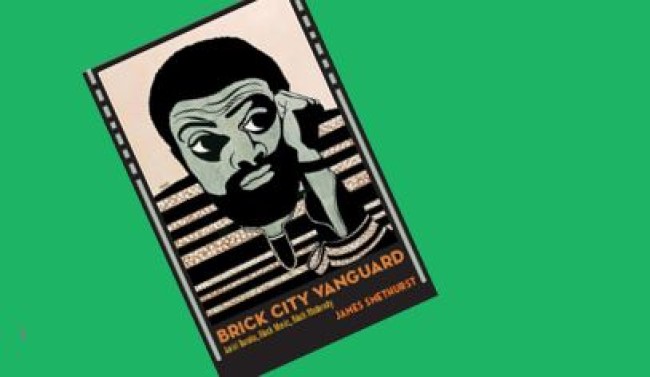 I just started James Smethurst's newest book, Brick City Vanguard: Amiri Baraka, Black Music, Black Modernity (University of Massachusetts Press, 2020). I'm only a chapter or so in, and I'm learning quite a bit.

Early on, Smethurst notes that


"The focus here...is considering how Baraka's writing on and actual performance with music proposes an influential model of the creation of an African American people or nation, and the growth and consolidation of a black working class within that nation with important ties with other working-class sectors outside the black nation" (2).

What I'm particularly interested in is how Smethurst takes up a socio-economic lens, particularly Marxism, as a central force in Baraka's life and work. Too often, too many of us have noted Baraka's Marxism as a kind of tag on or side point. But Smethurst doesn't play that.

"I make the argument," writes Smethurst in the introduction, "that Baraka is the author of one of the greatest, if not the greatest, body of Marxist thinking about U.S. culture, particularly music, in the history of the United States" (14-15).

Smethurst has studied Baraka for decades. He's examined Baraka's expansive body of work, and done interviews with him as well as Baraka's wife Amina.  Speaking of which, Smethurst does vital work in chapter one of reminding some and making many of us aware of how important Amini Baraka was to Amiri's overall outlook and progressive movements.

I've always known that Amiri Baraka was linked to Newark, but Smethurst's opening chapter gives me a more expansive view of the city than I had previously considered. He also describes why the city was such a crucial site for the production of black music. What he's done here in the research and writing is really important.

I'm looking forward to finishing the book up, and learning even more.