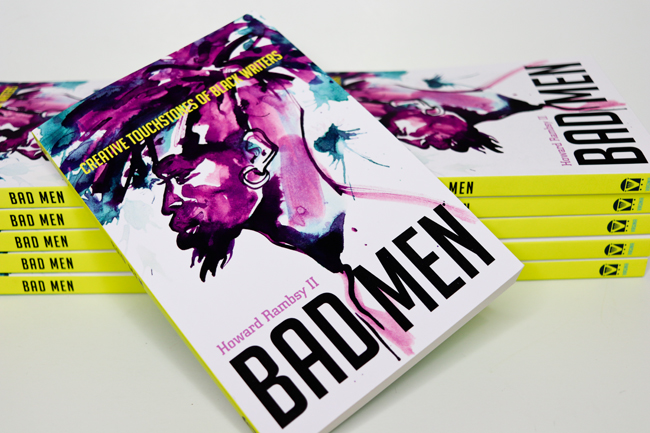 Since 2000 black men — many of whom were perceived as bad, insubordinate, or troubling — motivated astonishing output from African American writers. Paul Beatty, Tyehimba Jess, Adrian Matejka, Kevin Young, and the late Amiri Baraka, to name some, concentrated on legendary and disreputable cultural figures as they composed literary works.

Those writers were of course extending longstanding practices among African American storytellers and artists who have been moved to share captivating tales of bad men for hundreds of years now. The sheer number and high quality of works on bad men produced during the twenty-first century signal how elemental those figures are to creativity.

My book advances literary studies by exploring how African American writers have drawn on black boys and “bad” men as creative touchstones for producing outstanding compositions. The project illuminates the works of writers, especially black male writers, most of whom have concentrated on these separate yet related subjects for extended periods. Their portrayals of different kinds of bad black men have proved crucial to the production of remarkable writings. Relatedly, depictions of black boys have given other writers pathways to create marvelous works.

Related:
• A notebook on Bad Men: Creative Touchstones of Black Writers
Posted by H. Rambsy at 9:28 AM