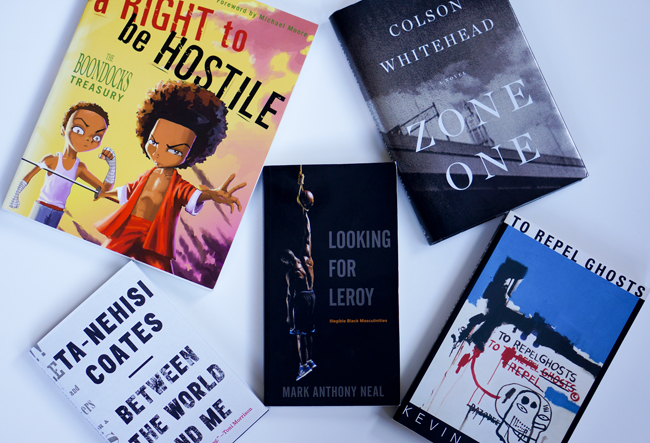 Back in 2013, I had some really vague ideas about what I wanted to cover for my second book. I knew I was going to write about black men and writers. I was slowly gathering ideas, but still things weren't really coming together.

That's when I discovered Mark Anthony Neal's Looking for Leroy: Illegible Black Masculinities (2013). His book convinced me that I was moving in the right directions. His book provided me with useful guidance at an early, early stage of my research.

I devoted a number of blog entries to Neal's book. And as I worked on my own book project, I kept returning to some of Neal's ideas. I ultimately moved in some different directions, but I viewed his thinking about prominent black men like Jay-Z, Avery Brooks, and the late Gene Anthony Ray as useful for what I was formulating about black men writers and subjects.

Then, there was Neal on this crucial character from The Wire, Stringer Bell. Thinking about how creators and the audience were so intrigued by this complex black male muse was particularly relevant to my own explorations. When I started writing about works by Ta-Nehisi Coates, Aaron McGruder, Colson Whitehead, and Kevin Young, my critical lens had been influenced in part by Neal's Looking for Leroy.

Related:
• A notebook on Bad Men: Creative Touchstones of Black Writers
Posted by H. Rambsy at 9:07 AM