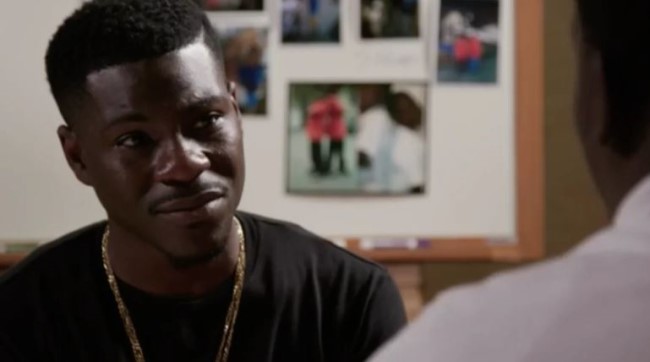 The third episode of True Life Crime on MTV focuses on the killing of Kedarie Johnson, a vibrant 16-year-old, in Burlington, Iowa, in March 2016. The case gained widespread attention in part because of Johnson's gender identity.

As Courtney Crowder for the Des Moines Register reported, "While sometimes reported to be a transgender teen, Kedarie’s status isn’t that simple ... Most of the time he presented as male, but he loved to wear hair extensions and leggings." Crowder goes on by pointing out that Johnson "sometimes went by Kandicee and kept a Facebook page under that name, but his friends and family say Kedarie exclusively responded to the pronoun 'he' offline."

Dometi Pongo shines a new light on Johnson and explores the issue of whether the killing was a hate crime. But first, Pongo presents interviews with family and friends describing their loved one Kedarie. Here was this wonderful young person so exuberant and creative. He was a gender-fluid teen comfortable exploring varied aspects of identity.

One advocate interviewed on the episode explains to Pongo about the increasing violence committed against transgender people. The Office for Victims of Crime reports that "the majority of transgender individuals are living with the aftermath of trauma and the fear of possible repeat victimization." The episode of True Life Crime performs an important service by bringing more attention to these issues while also providing a specific focus on Johnson.

A driving force for the show concerns the multiple questions that Pongo raises about violent crimes committed against young people. Who was the victim before and beyond this horrible crime? Why did this horrible death take place? Who was responsible? What are some of the varied theories people have of what really happened? These are just a few of the kinds of questions that Pongo explores.

By returning to the scene of crimes to pose new and familiar questions, Pongo offers a framework for purposeful curiosity. He's also working to unsettle complacency with seemingly closed cases. Maybe there's more for us to consider, he's constantly suggesting.

Two men were eventually convicted for the killing of Johnson. Those men were sentenced to life in prison. But for Johnson's supporters, which Pongo amplifies, more should have been done to label what happened as a hate crime.

"When you’re not allowed to try a crime as a hate crime," says Pongo toward the close of the episode, "you’re removing data and real experiences from the conversation.”

Related:
• A Notebook on Dometi Pongo's True Life Crime series
Posted by H. Rambsy at 2:57 AM