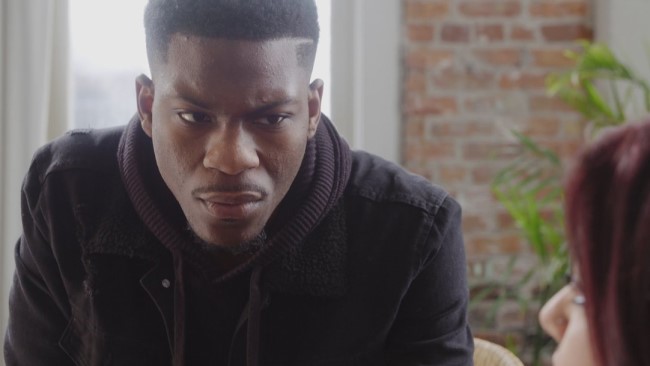 Last night, I tuned in to the debut of True Life Crime on MTV -- a series about unsettling crimes. I was interested for two main reasons. For one, the show was about the death of Kenneka Jenkins, a young black woman from Chicago who was mysteriously found dead in a hotel kitchen freezer.

The second main reason I wanted to watch was because the host of the show is Dometi Pongo, a graduate of SIUE, who was one of my favorite collaborators when he was a student here.

The specific angle of MTV's show deals with mysterious violent crimes involving young people. The majority of my black students are from Chicago, and the young women in particular have been deeply invested in discussing this case. Each year for the last couple of years, I included a unit on Jenkins in one of my courses.

Over the years, there have been various television crime shows, and more pervasively, there are dozens of true crime podcasts. But here's the thing: despite the disproportionate numbers of black people directly affected by violent crimes, hardly any of us host the television shows and podcasts. In this regard, Pongo fills an important void.

Beginning with the Jenkins case was quite fitting given Pongo's Chicago roots. He worked for Chicago’s WGN Radio and voiceover talent for WGN-TV. And he was actively involved in the arts scene.

While viewing the True Life Crime episode on Jenkins, it was evident that this was a case that Pongo took personally. At the same time, he displayed the necessary professional distance as he conducted interviews and discussed the case. My sense is that family members and interviewees felt comfortable talking to Pongo, whom they viewed as one of them.

Pongo had to walk a thin line too. Large numbers of folks from Chicago are convinced that there was a coverup with the Jenkins death. They firmly believe there was some sort of foul-play, and there are all kinds of theories about what really happened. Pongo listened to their perspectives respectfully. At the same time, he took in the opinions of professional investigators who concluded that the incident was a tragic accident. The competing narratives that Pongo had to absorb for this case revealed that he is of the people and in some ways in a slightly different place as a journalist.

During the closing credits, it was revealed that sometime after the taping of the episode two of the men that Pongo interviewed had been violently killed in Chicago. Their murders remain unsolved. The announcements about those homicides at the close of an episode about a mysterious a death were reminders of the ongoing violence and tragedies that affect so many families, especially black families in Chicago.

I'm looking forward to following where Pongo goes with this work.

Related:
• A Notebook on Dometi Pongo's True Life Crime series
Posted by H. Rambsy at 11:35 AM

Great article, if you ever have a client facing criminal charges in NYC, consider Raiser & Kenniff, PC, an NYC criminal defense law firm