Dexter Soy and Veronica Gandini on Batman and the Outsiders 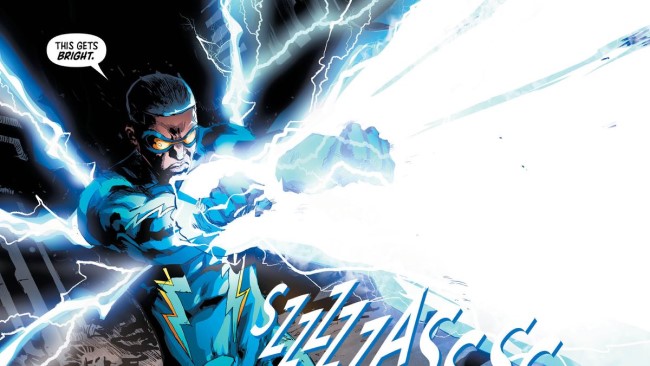 We definitely haven't said enough about how diversity efforts in comics creates all kinds of cool opportunities for collaboration among artists.  Consider Batman and the Outsiders #1 written by Bryan Hill, Dexter Soy, and Veronica Gandini.

I've written about Hill's work elsewhere, and I'll take up his writing on these series later. For now, I wanted to note the powerful visual artwork. Soy and Gandini worked together on an issue of Captain Marvel back in 2012. Later, they worked on issues of Justice League Beyond 2.0, Batman Beyond Universe, Mortal Kombat X, and Red Hood/Arsenal. They did their longest run together on Red Hood and the Outlaws.

Batman and the Outsiders brings Soy and Gandini together again, this time to depict a superhero team comprised primarily of people of color. This current iteration of the Outsiders includes Black Lightning, Katana, Duke Thomas (Signal), and Cassandra Cain (Orphan).

Soy draws multiple action dramatic action sequences in this first issue, showcasing his considerable talents. Gandini offers an assortment of color combinations throughout the issue, driven in part by the different kinds of heroes. The blues and light for Black Lightning. Hues of yellow/gold and black for Signal. A certain darkness for Batman. A ferocious explosion at the beginning. 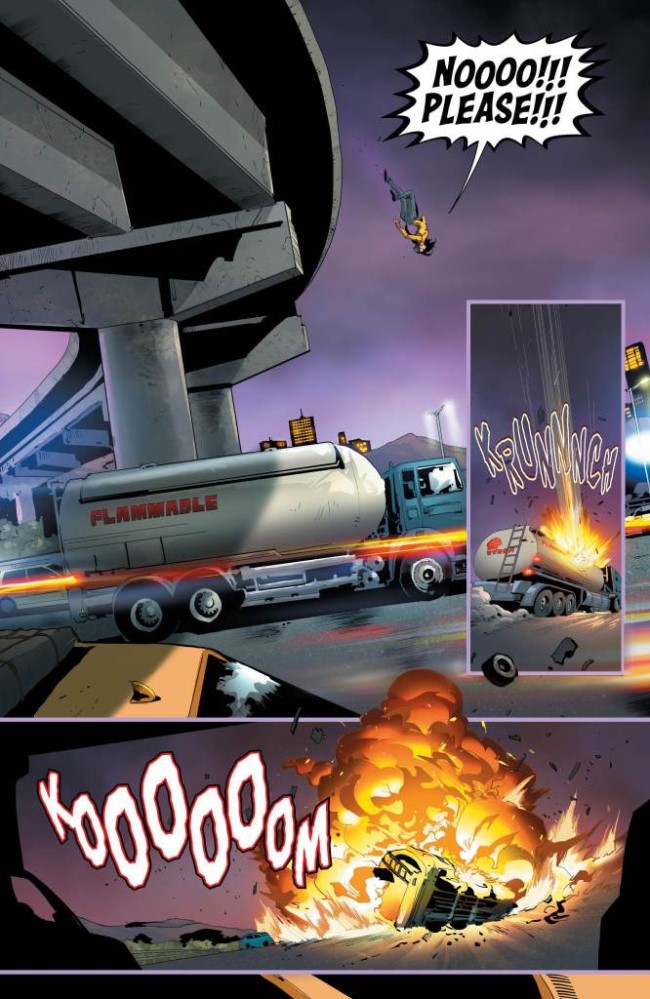 Soy employs multiple angles that captivated me. Early on, he shows a a character being hurled over an overpass onto a gas tanker. Later, we have an aerial view above Batman as he's departing via grapple gun, and below him on the roof of a building are the assembled Outsiders team.

Much of the issue has a shadowy tone that coincides with the traditional feel of Gotham City. Yet, Gandini adds all these pops of color, readjusting the moods. The variety from brights to dark might be the really moving aspect of her work here. 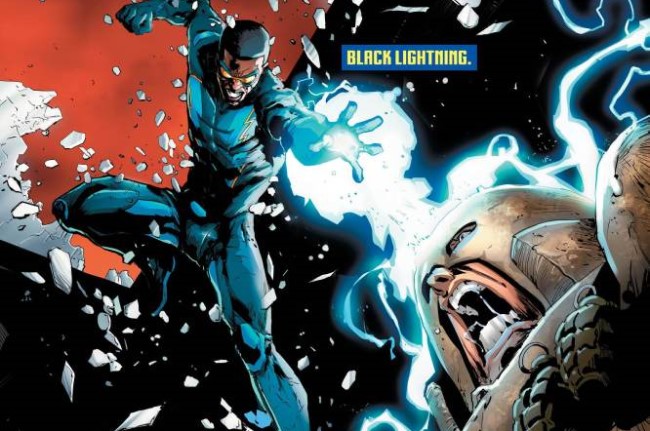 So often with comics, as I'm doing here, we try to note the artist and colorist contributions separately. But truth be told, we regularly experience their artistry together. We don't see the drawings and colors in the linear or one-at-a-time ways that we write about them. Instead, we see a combination, or rather a convergence of artistic work by collaborators like Soy and Gandini.

Related:
• A notebook on comic books
Posted by H. Rambsy at 6:30 PM