20 years of Colson Whitehead and counting 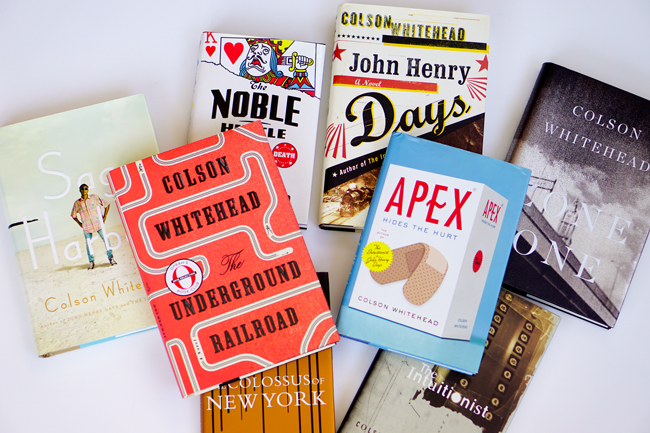 In July, Colson Whitehead will release his ninth book and seventh novel, The Nickel Boys. He's given us two decades of really inventive, powerful, and clever work. It says a lot about his consistency that convincing arguments can be made on both sides about whether his best novels are his early ones, The Intuitionist (1999) and John Henry Days (2001) or his latest ones, The Underground Railroad (2016) and The Nickel Boys.

To acknowledge the 20 years since his debut as a novelist, I assigned The Intuitionist in one of the courses I taught this past semester. I began reading Whitehead's first novel in 2002, a year after it was published. At the time, I was in my first year of graduate school.

I recall being really intrigued by hims as a writer after reading his first novel. And when John Henry Days came out, just a year or so later, I was really hooked. I was pleased by the reception to his work, as I got a chance to check out other takes on his works as well. 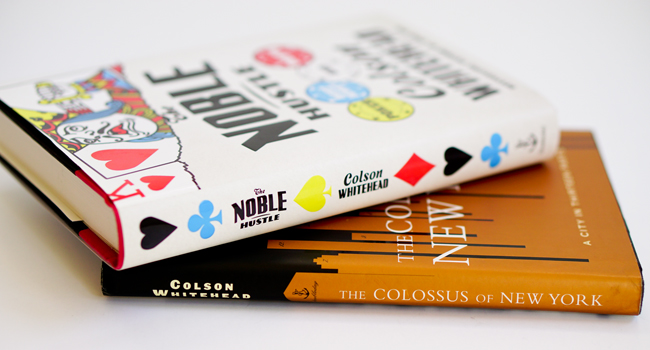 At different points, Whitehead published two non-novels. On the one hand, he produced The Colossus of New York (2003), a series of writing where he's offering a multitude of perspectives on the city. Later, he wrote, The Noble Hustle: Poker, Beef Jerky, and Death (2014) about his participation in the World Series of Poker.

Whitehead gained a much wider following with the publication of The Underground Railroad. The book was selected by Oprah Winfrey and praised by President Barack Obama, ensuring that it received significant national attention. Oh yeah, the novel also won a National Book Award for Fiction and a Pulitzer Prize for Fiction.

In the autograph line after a reading that Whitehead gave in St. Louis in September 2016, a woman noticed me carrying his various books and asked me the question that my family and friends have learned to avoid: "what's your favorite book by him?" For some strange reason, when people ask that question, what I hear is, "Dear sir, I have nothing better to do with my time right now, so won't you please offer summaries about each and every one of Whitehead's books in the order that they were published?" I painstakingly oblige. 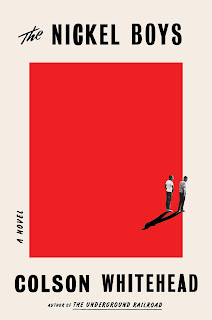 When the woman first posed the question (request), we were at the end of an extended autograph line. Some time later as I was wrapping up my discussion of The Underground Railroad, we were at the signing table.

As a long-time reader of Whitehead's work, The Underground Railroad surprised me. He had been well-known for composing humorous narratives, filled with all kinds of jokes and funny moments. But, he understandably took on a much more serious tone in his novel about slavery.

Similar to The Underground Railroad, this newest book, The Nickel Boys also has a serious tone. The narrative, set primarily during the 1960s, highlights the abuse inflicted on boys at a reform school in Florida. The Nickel Boys is the result of Whitehead utilizing terrible injustices as a jumping off point for an important story.

For years, as a salute to Whitehead's creativity, observers have noted that he "never writes the same story twice." That sentiment definitely came to mind as I read The Nickel Boys and reflected on all of Whitehead's previous books. I certainly had no idea that the person writing a book about elevator inspectators and junketeers all those years ago would be writing about zombies, a real underground railway system, and now a troubling reform school.