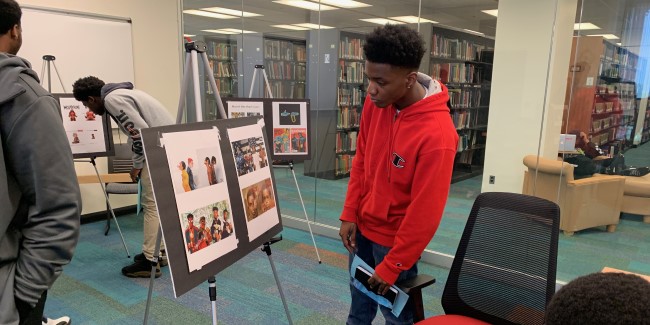 In 2015, Marvel comic book company began releasing a series of special covers for their books. The series, known as the Marvel Hip-Hop Covers or Variants, featured cover designs for comic books that were based on rap album covers.

During our Language Arts conference, we coordinated an exhibit showcasing a sampling of the Hip-Hop Variants. In our responses about the conference, the guys overwhelmingly said that this session was their favorite. They like the exhibit, but they also liked the discussion that they had, which was facilitated by my graduate students Ashley Hamilton and Christiana McClain. 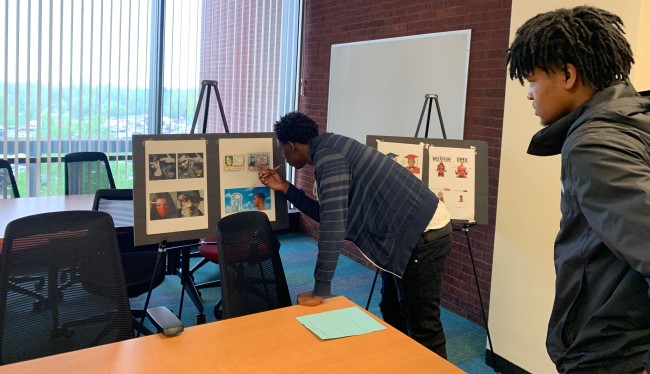 The Hip-Hop Variants, released individually from 2015 to 2017, represent a vibrant, far-reaching interplay between comic books and hip hop as contributors creatively solved artistic puzzles about how to merge the two fields through artwork. The project was initially based on the logo for Run the Jewels and then expanded to include various rap album covers. There are 146 comic book covers in the series, and there are another 8 covers based on the logo for the rap album Run the Jewels. 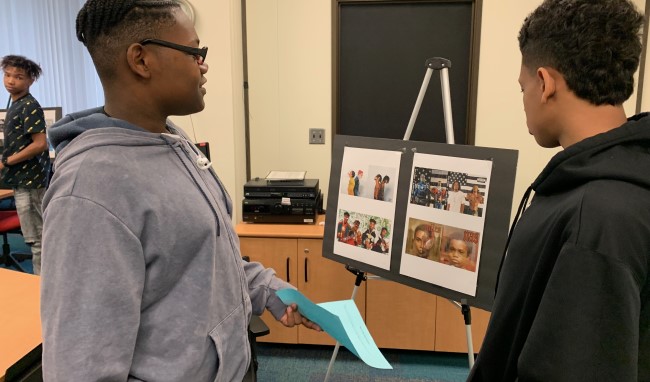 The covers are visually stimulating and prompt varied conversations from students like those who participated in the conference. The students were intrigued that comic book artists would take popular rap album cover art as inspiration.