Notations on Jericho Brown's The Tradition 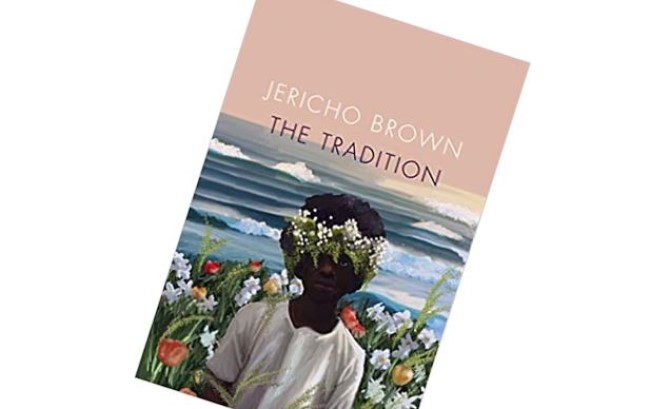 On April 2, Jericho Brown will publish The Tradition (Copper Canyon Press), his third volume of poetry. Here, he offers many powerful, inventive poems. He displays considerable topical and artistic range, covering multiple subjects and doing so utilizing a variety of writing modes.

For me, the presence of poetic wisdom remains one of the most distinguishing features of Brown's work. Nearly everywhere you look in his poems, you encounter him, a speaker, or a key character presenting some thoughtful insight or a moving eloquent phrase. In one poem, "As a Human Being," he writes, "There is the happiness you have / And the happiness you deserve." Consequently, "they sit apart from each other."

There's this poem "Layover," where he notes that "Dallas is so / Far away / Even for the people / Who live  /In Dallas." In "After Avery R. Young," he writes, "All land owned is land once stolen."

What I'm saying is that a Jericho Brown book is a book full of critical knowledge, delivered to us in these delightful little packages that we call poems.

Over the years and continuing here with The Tradition, I've been able to depend on Brown as an important cultural witness. He's observing and remembering all kinds of things that resonate with my black southern sensibilities.

In "The Legend of Big and Fine," he writes "Long ago, we used two words for the worth of a house, a car, a woman--all the same to men who claimed them." The poem is a remembrance and critique. That is, it's a recollection of familiar word usage -- big and fine -- and at the same time commentary on the troublesome deployment of those terms in relation to what men possess.

Similar to in his previous volumes Please (2008) and The New Testament (2014), religion remains a crucial, recurring force throughout The Tradition. Christianity clearly supplies the poet with considerable cultural materials and insight. At the same time, he's an unruly believer -- questioning and offering alternative takes on supposed sacred concepts.

In "Deliverance," he notes that "I am not a saint." Instead, he'd rather be a particular kind of unforgettable sound--"something / You will remember / Once you've lived enough not to believe in heaven." In "The Microscopes," he reflects on using those instruments and learning "what little difference / God saw if God saw me."

So there's this tension with religion in his writing that instills the work with seriousness, excitement, and surprises. He wants to be the sound of a gospel singer. He doesn't want to be a saint.

The creative contribution from The Tradition that will likely receive the most attention will be this form, the "duplex" that Brown created. The form "merges the sonnet, the ghazal, and the blues" with "nine to eleven syllables a line." The 14-line poem contains repetitions and is comprised of 7 couplets. The third line echoes and alters the second. The fifth line echoes and alters the fourth, and so on. The third and fourth, seventh and eighth, and eleventh and twelfth are indented. The last line is a variation of the first.

Consider the first 4 couplets of his poem, "Duplex (I begin with love)":


I begin with love, hoping to end there.
I don’t want to leave a messy corpse.

I don’t want to leave a messy corpse
Full of medicines that turn in the sun.

Some of my medicines turn in the sun.
Some of us don’t need hell to be good.

Those who need least, need hell to be good.
What are the symptoms of your sickness?

There's much more to say about these duplex poems, which I'll do in a follow-up entry. For now, I'm fascinated by the kind of artistic imagination that comes up with a form like this. It's a mind that takes poetry play serious. It's an artist who absorbs and then alters. Like I said, there's much more to say.

What we have in this volume of poetry is a convergence of creative domains--black, queer, southern, Christian, and more. As it turns out, Jericho Brown is writing within and beyond our sense of tradition.

Related:
• A Notebook on Jericho Brown
Posted by H. Rambsy at 10:21 PM