"Oldest of the young poets": On Jericho Brown, Elizabeth Alexander, and crucial connectors 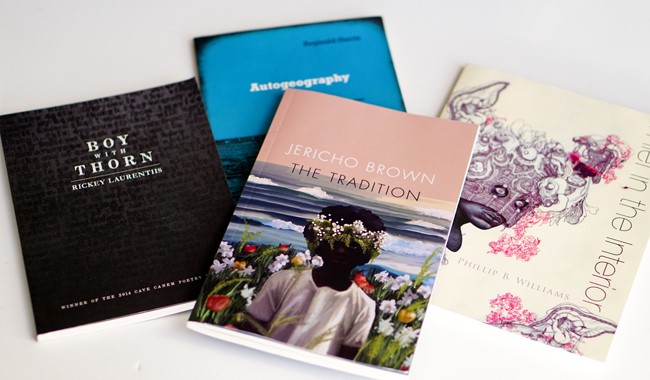 "I maintain my position," Jericho Brown recently tweeted, "as the oldest of the young poets." Something about the comment is comical, in part because Brown frequently makes humorous remarks on Twitter. On the other hand, the comment speaks to the ongoing generational shifts and identifications among all writers, and especially among black writers.

These days, it's common to read coverage on the emergence of this and that new or young group of poets. Many of these young poets are in their late 20s and early 30s, hence Brown proclaims himself as the oldest among them. Back in 2008 with his debut Please, Brown was regularly introduced as one of the new, young important voices. More than a decade later with this third book The Tradition, he's at a different place in his career but still maintaining his position, as he noted.

In sectors of black culture, we often talk with reverence of our elders. Because the elders age too, then what it means to be young can extend. In 2004, Eugene B. Redmond introduced me to Katherine Dunham at her 95th birthday party. Redmond laughed at me as he told Dunham how "young" I was, but then she in turn laughed at him when he revealed that he was 67. "Only 67? Talk to me when you're older," she said to him. "You haven't really lived until you're 75."

In a room full of emergent poets, Brown is looked up to as an experienced and even older writer. Place him in a room with Redmond, Sonia Sanchez, Nikki Giovanni, and others, and they'd view him as a talented young writer. Oldest of the young poets!

Remember that New York Times piece on black men writers? People debated the idea of placing only a group of black men on the cover. Looking back, I wish there was more discussion of how intergenerational the gathering was.

One of the alternate covers from the shoot shows Brown with George C. Wolfe, who's no a senior to the poet. On the other hand, Wolfe would be viewed as much younger by the octogenarian Ishmael Reed who was also featured.

In response to Brown's tweet, Elizabeth Alexander responded that, "there’s an important job in that position bridging generations." And hey, she know. I've long maintained that Alexander is one of our most crucial connectors from black arts era poets to the poets who emerged in the 1990s and 2000s. In related ways yet for a different generation, Brown too serves as one of our connectors, a crucial one.

Related:
• A Notebook on Jericho Brown
Posted by H. Rambsy at 9:24 AM