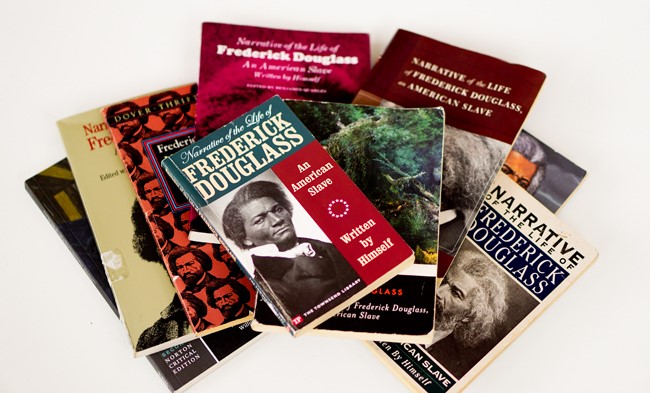 Frederick Douglass's The Narrative of the Life of Frederick Douglass (1845) remains one of our most well-known works of African American literature. The book has also appeared in more editions -- at least 400 -- giving the work yet another distinction.

I've collected a few dozen editions of The Narrative. I got the idea to pay closer attention to different printings and editions after pursuing research on the publishing histories of Richard Wright's autobiography. Later, I recognized that publishers frequently reproduced Douglas's first autobiography (he wrote three).

Douglass's Narrative has out of print about 10 years after it was first published. It was brought back into print with an edition produced in 1960. Since that time, the book has been a mainstay in college curriculum and in scholarly discourse. Many libraries possess multiple copies of Douglass's Narrative, and you are sure to encounter the work when and if you visit bookstores.

The Narrative, or more specifically, those many editions of Douglass's autobiography contributing to making the work a crucial text in Black Book History.