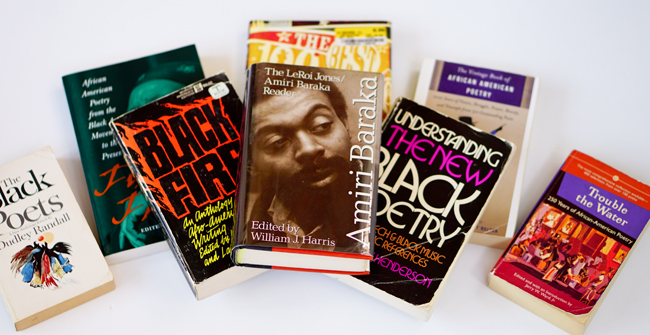 If, for some strange reason, you were like me and decided to trace Amiri Baraka's appearances in dozens and dozens of literature anthologies published over the course of several decades, you'd likely realize or be reminded of just how remarkable his publishing career has been. Over the last few months, I've been working on a project focusing on editors anthologizing Baraka's poetry. I took a look at 120 anthologies, containing his poems, published between 1960 and 2018.

Among many other discoveries, I learned that Baraka's top five most anthologized poems are: "Preface to a Twenty Volume Suicide Note," "An Agony. As Now," "A Poem for Black Hearts," "In Memory of Radio," and "Black Art." I became aware that the largest number of Baraka's poems were reprinted during the 1970s and 1990s, while the fewest number of his poems were reprinted during 1980s and 2010s.

In the dataset I created, there are 136 unique Baraka poems, which in total appear 481 times in all those anthologies. This project confirmed that part of what makes Baraka such an outstanding literary figure concerns his appearances in so many different contexts.