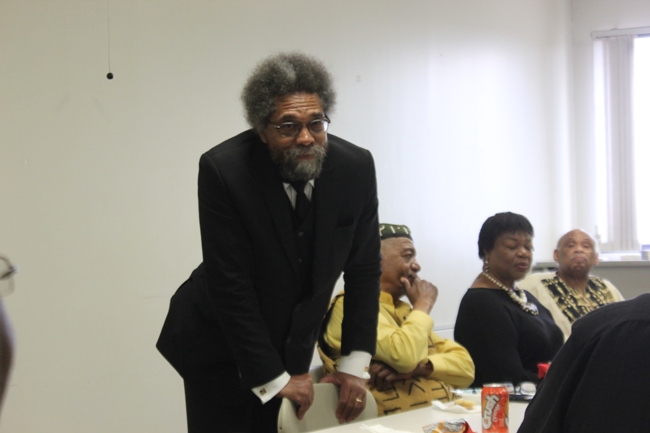 In 1976, city officials appointed Eugene B. Redmond as Poet Laureate of East St. Louis. In retrospect, it's was a really wise decision, as Redmond has spent more than 40 years finding ways to live up to the title, continually coming up with public arts and humanities projects to benefit citizens. Last week, his latest effort involved hosting Cornel West in East St. Louis.

Busy schedules, a lack of connections, and of course the cost of hefty honorariums prevent citizens of East St. Louis from having direct access to cultural figures of Professor West's stature. But part of what was so remarkable about this event was that West was simply paying a visit to Redmond, and Redmond decided to invite the city to tag along.

Redmond designated the day of activities "West Fest," and it involved poetry and "impact statements," arts exhibits, a book signing with West and local authors, and a series of public discussions. I was struck by West's generosity in making himself freely available to so many people, and by Redmond for coordinating the event. 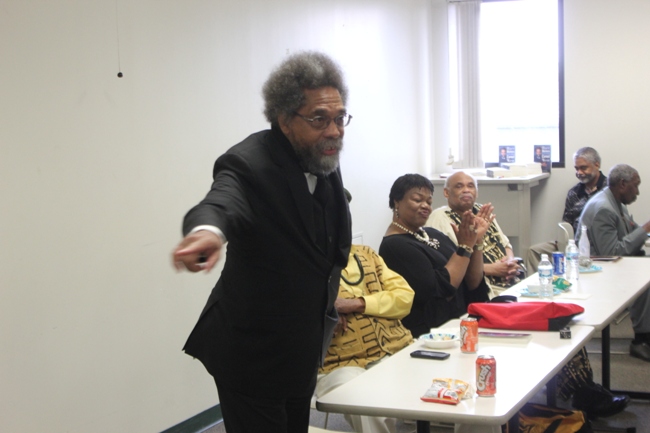 Related:
• Cornel West, Eugene B. Redmond, and conversations about poetry
Posted by H. Rambsy at 8:17 AM