On Friday, April 6, 2018, at the College Language Association (CLA) conference, I presented my paper “The Black Anthology Project” on a digital humanities panel. In September 2017, I started working on the Black Anthology Project directed by Professor Kenton Rambsy. The goal of the project is to create a digital record concerning the contents of 100 anthologies, published over several decades. 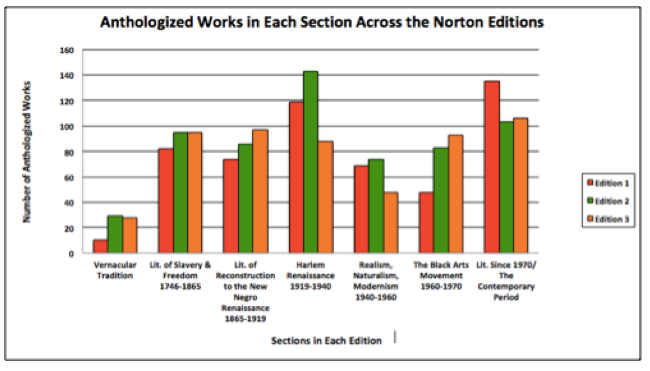 In my presentation, I provided a handout to audience members where I charted some of my findings from my analyses of the three editions of the Norton Anthology of African American Literature (1997, 2003, 2014). These preliminary findings compared the appearances of men and women authors in the editions. 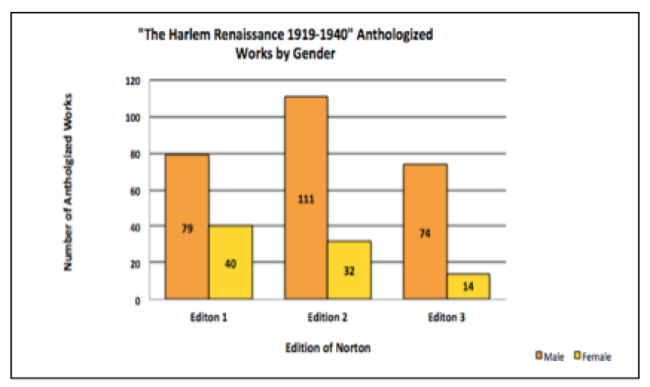 In figure 1.2, I’ve noted that “The Harlem Renaissance” and “The Black Arts Movement” contain relatively fewer literary works written by women authors than men. Works such as “Lady, Lady” by Anne Spencer, “My Little Dreams “ by Georgia Douglass Johnson, and 4 four chapters of Nella Larson’s Quicksand are removed after the first edition. 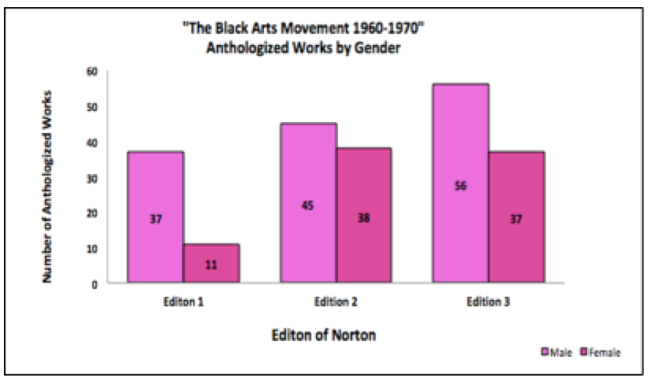 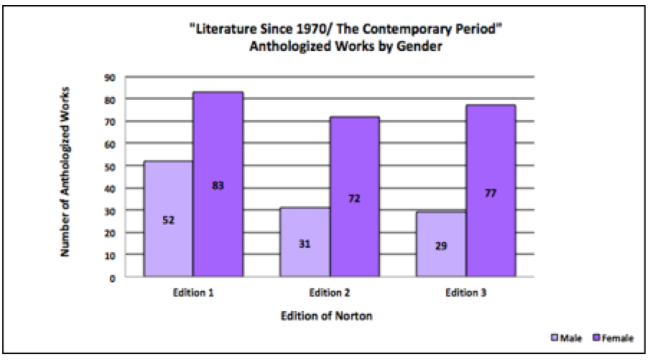 The gender argument, alone, doesn't explain why these women got in and other women did not. My findings indicate the need for more research regarding the types of texts by black women writers that editors include.
Posted by H. Rambsy at 6:51 AM