A data project on Amiri Baraka and Sonia Sanchez 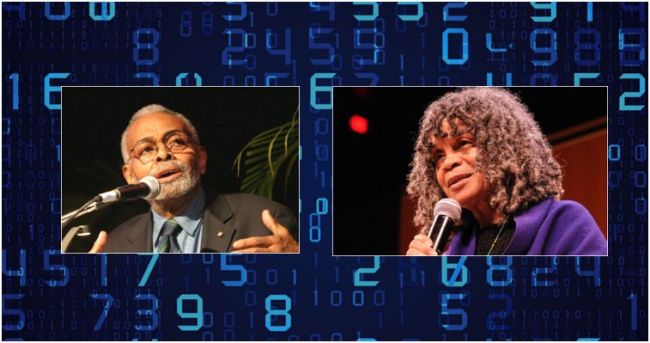 In my presentation at the College Language Association (CLA) conference, I interrogated the idea of the "widely anthologized poet." The presentation was based on a dataset on two poets, Amiri Baraka and Sonia Sanchez, that I have been working on with Professor Howard Rambsy. The presentation contends that literary scholars can illuminate studies of major writers like Baraka and Sanchez by utilizing data management software to track a wide array of publishing information – beyond conventional bibliographies.

By using quantitative data in this capacity, I offer that literary scholars are able to further conversations on how writers are published differently across the overall American literary canon. To support my position, I drew from our dataset of approximately 60 anthologies published between 1960 and 2016.

Those anthologies collectively printed Baraka’s poems 252 times. More than 50 of his poems, however, appear only once. Three of Baraka’s poems “Preface to a Twenty Volume Suicide Note,” “A Poem for Black Hearts,” and “Black Art” appeared in more than 10 anthologies. In these same 60 anthologies, Sanchez only appears in 35. Sanchez’s poems appear 108 times, less than half of 252 times that Baraka's poems appeared. Sanchez’s poem “poem at thirty” was her most frequently reprinted.

Including quantitative data, rather than solely qualitative observations, challenges scholars to expand our thinking of our respective research projects. Doing a dataset of both Sanchez and Baraka provided me with a more holistic view of how their contributions to the canon have been received. In doing this project, I often wondered, are Baraka and Sanchez major figures in poetry outside of African American literary spaces?

My analyses leads to the conclusion that scholars can advance the study of Baraka, Sanchez, and black writers in general by incorporating approaches that seek to account for how little of a writer’s overall work is published, the trends surrounding what is published, and how editors play a significant role in the literary portrayal of black writers.
Posted by H. Rambsy at 7:47 AM