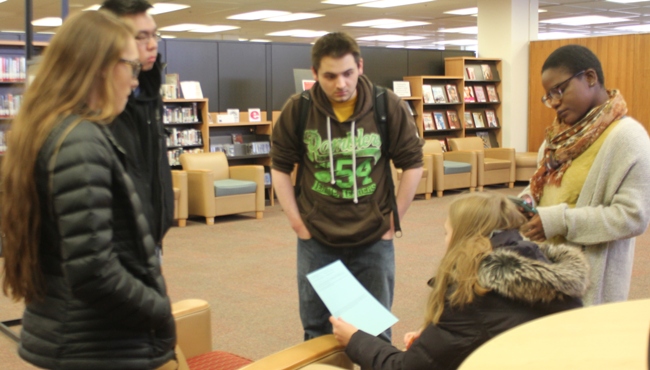 On Wednesday, March 14, our Public Thinking Event focused on Study Abroad and the Undergraduate Research and Creative Activities Program (URCA) at SIUE. For our February 28 event, I coordinated an event on a mentioning a variety educational opportunities on campus. I was surprised that relatively few student mentioned study abroad and URCA, which led me to do a follow-up.

I asked the students to work in groups and provide feedback on why they were less interested in travel and research opportunities provided by those programs. Their responses did not surprise me, but I was glad to consider them in total.

The URCA program responses were different. Students primarily noted that they had not heard about it. The few who had noted that they were not aware of its benefits. Listening to them was a reminder for me to do more to spread the word about the program and its benefits.

Having a sense of the student reasoning and responses were useful. In addition by raising those two programs -- study abroad and URCA -- I was in a position to make the students more aware of those opportunities.