Coverage of study on black boys and struggles with mobility 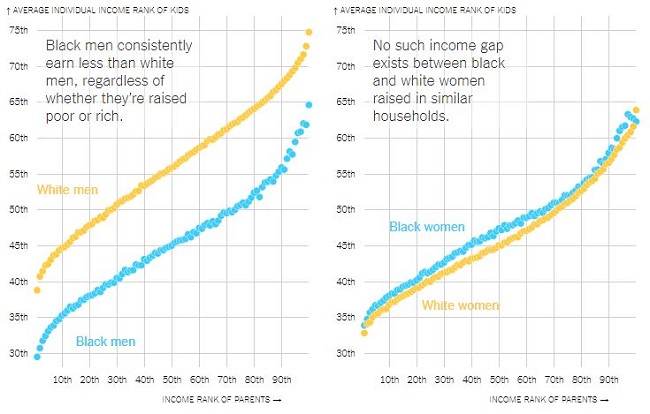 On March 19, The New York Times reported on a study, "Race and Economic Opportunity in the United States: An Intergenerational Perspective" by a group of researchers Raj Chetty, Nathaniel Hendren, Maggie R. Jones, and Sonya Porter. Among other findings, the researchers found that black boys end up poorer as adults than their white counterparts, even when they are from similar economic backgrounds. They also found that, "black and white girls from families with comparable earnings attain similar individual incomes as adults." The findings led many people to discuss the trouble with black boys or with racism and sexism.

Not surprisingly, the study's findings generated considerable conversation. Here's a roundup of some of the coverage.