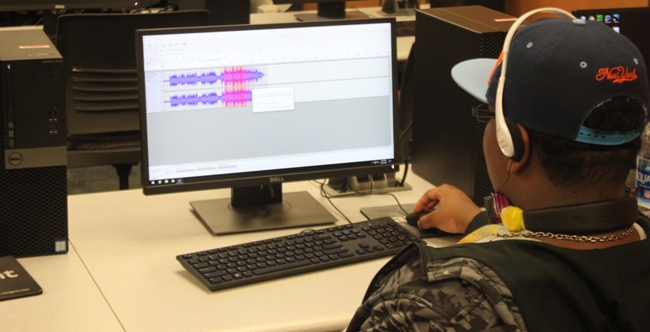 We took a step back on February 14 with our ongoing editing. Well, we took a different direction. We had been blending audio from Amiri Baraka and Malcolm X with instrumental music. For this session, however, we decided to work with only the voices, making changes. It was continued experimentation, minus the music.

The guys were initially a little unsure about what it meant to proceed without music, since that's been the routine. However, as we continued working and talking throughout the session, students began seeing the value of trying out new approaches. We had not, it turns out, done enough to play with the special effects. 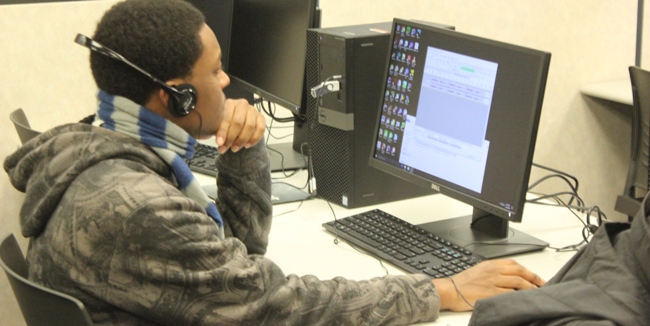