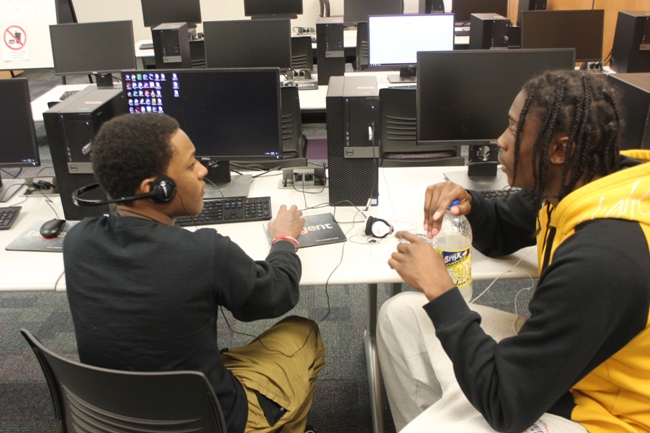 On February 7, we continued working with audio compositions based on clips by Amiri Baraka and Malcolm X. They guys are mostly experimenting, and we've been pushing them to learn more about the possibilities for audio editing.

I took some time to listen in on Gaige, one of our undergraduate team leaders, and Louis, one of our high school students, talking to each other about the audio composition. Before producing the work, Gaige gave Louis some pointers to consider. And at intervals, during the editing process, Gaige gave pointers.

At the same time, Louis was prompted to explain what he was trying to do and why. He obliged by talking through what he was up to as he worked on the composition. 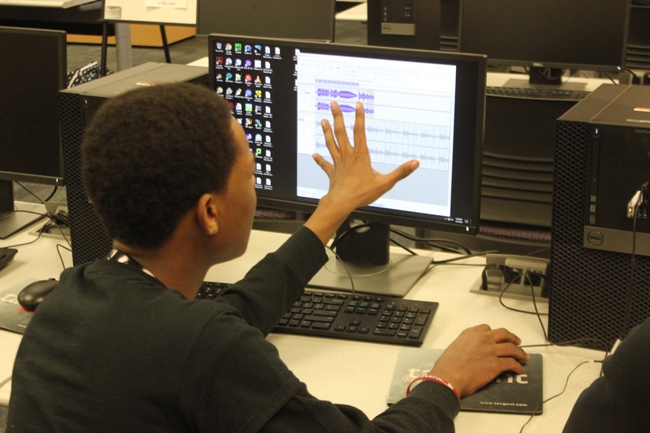