The outstanding editorial work of Joseph Illidge in 2017

This week, the comic book publisher Lion Forge will release Summit, another comic book in their Catalyst Prime universe. That book follows other works in the series--Noble, Superb, Accell, Incidentals, Kino, and Astonisher. The outstanding editorial force behind those Catalyst Prime books has been Joseph Illidge, senior editor at Lion Forge.

Illidge has coordinated to get African American, white, Latino, Asian, women, and queer writers and visual artists together on this single comic book universe. As a result, he's orchestrated a really important moment in the push for diversity in comics.

What Illidge has done this year would likely gain even more attention if Marvel and DC Comics did not dominate so much of comic book news. But whatever. I'm glad I've gotten a chance to witness Illidge's efforts, as he's effectively raised the bar on serious efforts concerning diversity in this crucial field of representation.

I had been aware, to a small degree, of some of Illidge's previous editorial work and especially his writings on Comic Book Resources. It was there, while reading his work, that I realized that this was a guy who was really knowledgeable about the histories and politics of comic books.

In many cases, I suppose a knowledgeable black person on comics might keep producing commentary or in some rare cases, as with Ta-Nehisi Coates and now Evan Narcisse, receive opportunities to write a title. Illidge has in fact written comics, but now he was destined for something else as well.

In 2015, he was hired to do freelance work for Lion Forge. Someone there apparently realized the person they had on their hands. In 2016, Illidge was named a senior editor at the company. Somewhere around this time was when he began assisting and likely taking a lead on identifying writers and artists to produce the Catalyst Prime Universe.

In October 2016, at the New York Comic Con, Illidge announced the launch of the project with Lion Forge. Publicity on Catalyst Prime began to appear in subsequent months. A one-shot comic book, Catalyst Prime: The Event, co-written by Illidge and Christopher Priest, was released on free comic day, May 6, 2017. 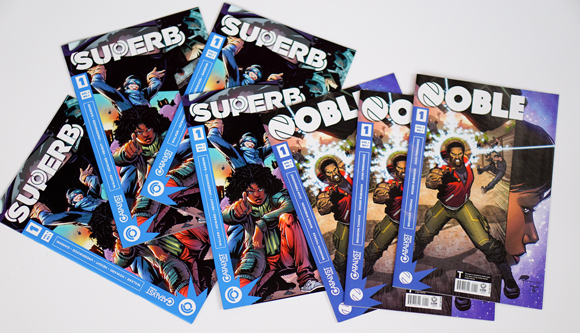 That one-shot gave glimpses of characters from the various titles in the Catalyst Prime Universe. So throughout 2017, we've been introduced to the characters and narratives from the books.
Noble #1 was released on May 3; Accell #1 on June 14; Superb #1 on July 19; Incidentals #1 on August 23; Astonisher #1 on October 4; and Kino #1 on November 29. I've followed Noble and Superb the closest. I even established a reading/study group on those two books for high school students in East St. Louis.

Other aspects of the Catalyst Prime Universe have caught my attention. The art of Accell is truly captivating. Too, I've noted the remarkable series of variant covers by Khary Randolph and Emilio Lopez.


Who assembled the many writers and artists? Who edited their contributions? Who's been responsible for trying to make sure there are loose connections among the titles?

I'm sure there are several folks at Lion Forge helping produce the overall series. And we know that one of central figure is Illidge. The many years he spent working on various projects ended up paying dividends here on the Catalyst Prime Universe. 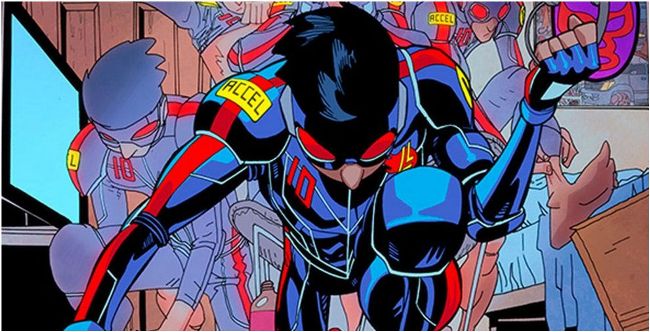 A lot of times people rightly celebrate diversity in terms of the appearance of a non-white character here or there. We rightly point out the progress of placing a woman or queer lead character or writer for this or that big-time project. All of that is important, really important.

But Illidge sends our minds somewhere else as well. He responds to the questions: how do you apply expert knowledge about diversity into the production of a major comic book project? What kind of appointments do you make when you are aware of multiple diverse writers and artists? How do you address histories of exclusion and troubling stereotypes?

Trying to wrap my mind around the creative and critical ways Illidge has responded to these questions as editor for Catalyst Prime has been an exciting, extended intellectual exercise for me in 2017.