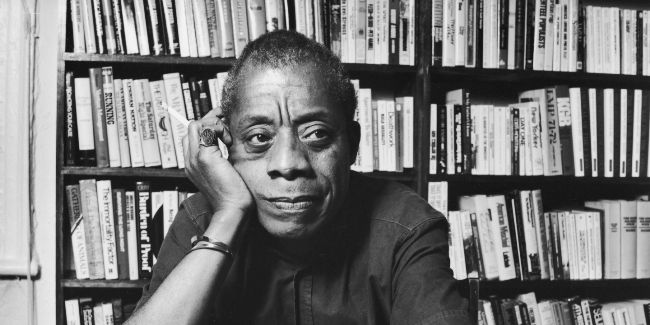 On Wednesday, December 6, I led the first of a 3-part class on James Baldwin at the Dallas Institute. In this first course, I gave participants an overview of the life and works of James Baldwin and also focused on numerical data related to citations in order to demonstrate the importance of literary criticism and the extent to which we can track references in a digital world.

I introduced attendees to Nathaniel Conroy’s Metacanon, which is an interactive canon generator that acts as an alternative to the “Greatest Books of All Time” lists by measuring “the extent to which a particular work has been the object of scrutiny by scholars and awards committees.” On the first day, I also shared some findings with class attendees from Google Scholar about citation rates.

Even though Metacanon takes more factors into consideration with its rankings, Google Scholar still acts as a central repository that collects a large amount of data on the citations of a given work. We used the information from the site to identify which of Baldwin’s works have received the most citations and to guide our conversation about his life’s works. Similar to Metacanon, we used Google Scholar to approximate his literary significance and gauge the extent to which critics engage his work. 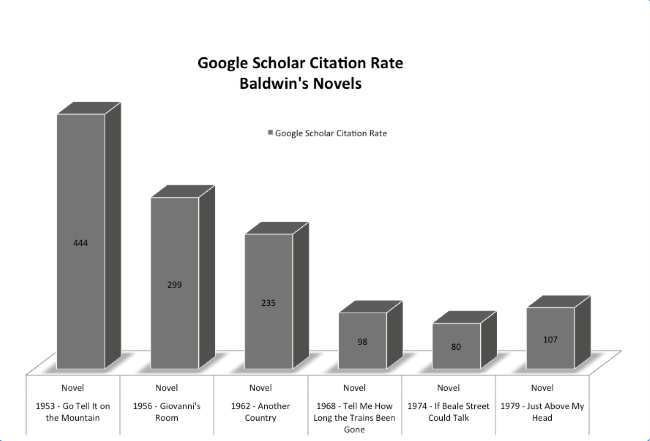 Baldwin wrote 6 novels over the course of his life. Three of his novels – Go Tell It on the Mountain (1953), Giovanni’s Room (1956), and Another Country (1962) – contain at least 200 or more citations on Google Scholar. With the recent announcement of the production of Barry Jenkin’s film adaptation of If Beale Street Could Talk (1974), I imagine the novel will take on another life and might even receive more citations and scholarly attention in the coming years. Using Goolge Scholar to perform comparative analyses of Baldwin’s novels enhances our understanding of the reception to his entire body of work. 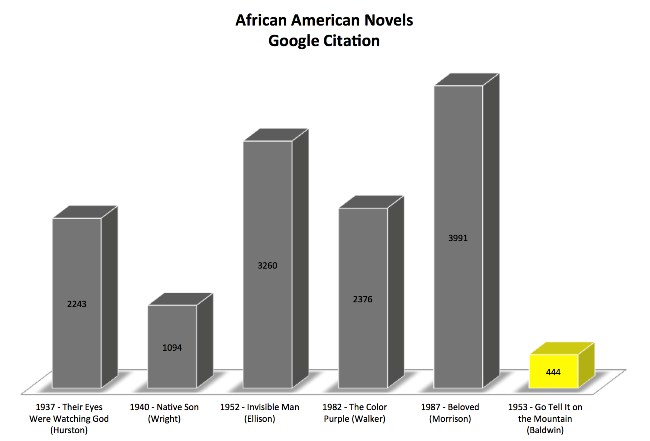 Baldwin’s Go Tell It on the Mountain is one of his most frequently discussed novels. However, his book receives relatively little attention in comparison to critically acclaimed works by Richard Wright, Toni Morrison, Alice Walker, and others.

That is to say, critics have privileged other novels over the years. This evidence does not suggest that Baldwin’s novels are not important to African American and American literary discourses. Yet these citations offer an approximation of what literary critics and other scholars have focused on in regards to some of our most famous black writers.

Baldwin wore many hats over the course of his life. He has been described as a creative writer, literary critic, and even a social activist. Even though Baldwin wrote novels, short stories, poetry, and plays, his essays, particularly, Notes of a Native Son (1955) and The Fire Next Time (1963), rank among his most cited works. 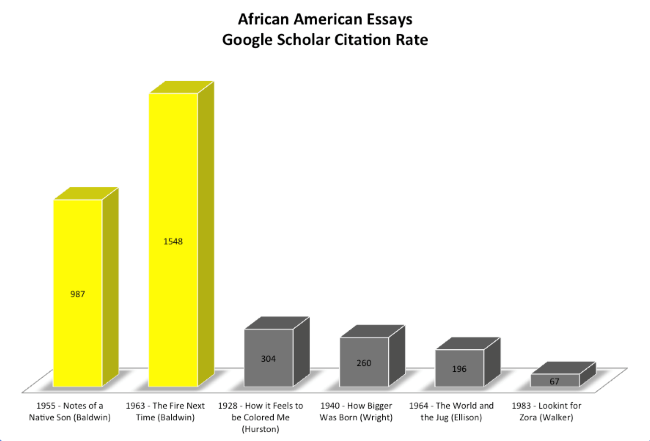 In comparison to other prominent essayists like Zora Neale Hurston and Ralph Ellison, citations for Baldwin’s writings surpass most African American writers. What factors account for the popularity of Baldwin’s essays?

As an essayist and social critic, Baldwin emerged at a significant historical and cultural moment. The Fire Next Time, for instance, which is his most referenced work with over 1,500 Google citations, was released in 1963, the same year as the March on Washington for Jobs and Freedom. Baldwin acts as a mediator of sorts for those looking back at the similar calls for freedom yet contrasting ideologies of Civil Rights, Black Power, and the Nation of Islam. The appearance of his essays during the 1960s, positions his writings at a moment that is often referenced and looked back upon for its tremendous social upheaval and transformations.

These Google citations do not speak to the aesthetic appeal of the work. However, they do provide an indication of the extents to which literary critics have discussed Baldwin’s work.