The rise of award-winning poets, the decline of signature poems 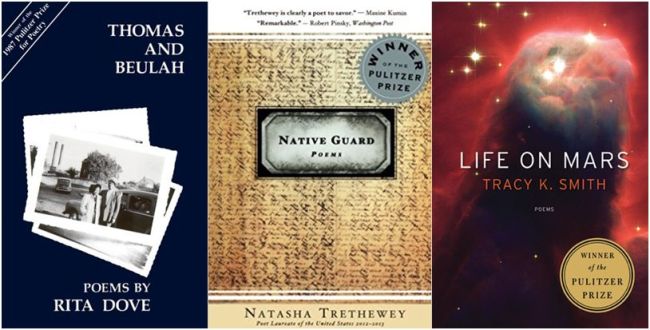 30 years ago, Rita Dove won the Pulitzer Prize for Poetry, and since that time, we have witnessed her go on to become one of our top prize-winning and highly honored poets. A little more than a decade after Dove won the Pulitzer in 1987, she selected Natasha Trethewey's Domestic Work as the first winner of the Cave Canem Foundation Poetry Prize. In 2007, 20 years after Dove's Pulitzer win, Trethewey too won a Pulitzer Prize for Poetry. Like Dove, Trethewey was also appointed Poet Laureate of the United States.

While Dove and Trethewey are among our most decorated poets, they are hardly alone. More African American poets have earned National Book Awards for poetry and the Pulitzer Prizes for Poetry in the last 17 years than in the entire history of those awards. Several African American poets have been recipients of the National Poetry Series, Guggenheim Fellowships, Kingsley Tufts Poetry Awards, Whiting Writers' Awards, Ruth Lilly and Dorothy Sargent Rosenberg Poetry Fellowships, and Jackson Poetry prizes.

What also stands out to me, however, is that during this time period in the 21st century when black poets became frequent award winners, select poems by these contemporary writers have not necessarily become widely anthologized or canonical. Dove's "Parsley" and Yusef Komunyakaa "Facing it" are signature poems, which is to say anthologists have regularly reprinted in collections over the years, but editors have apparently not formed a consensus on the most memorable poems produced by poets who first began gaining notice during the mid to late 1990s and the early 21st century.

No single poem or set of poems by Trethewey, Tracy K. Smith, Kevin Young, Terrance Hayes, Nikky Finney, Ross Gay, Claudia Rankine, and others appears repeatedly in anthologies in ways comparable to say Langston Hughes's "The Negro Speaks of Rivers," Gwendolyn Brooks's "We Real Cool," Margaret Walker's "For My People," and so forth. Of course, there are really a relatively small number of poems that circulate widely over a long period of time.

Though black poets published thousands of poems during the course of the 20th century, we know -- through extended bibliographical work -- that there were really a core group of 50 or so poems that were continuously repeatedly reprinted far more than various other poems. Such repeated publication could be a blessing and curse, as Brooks occasionally expressed irritation that editors so often chose "We Real Cool" to the exclusion of various other works.

Today, when contemporary poets serve as editors of anthologies, they tend to seek out new and previously unpublished works by their fellow poets. Why published old works, many might wonder, when and if, new works are available? General anthologies for classroom use in American and African American survey courses, however, favor historical significance and tend to showcase apparent representative or popular works. Therefore, there are reasons why contemporary poets would be less interested in a signature, repeatedly published poem that scholars, teachers, and academic anthologists would.

Related:
• The good news and the trouble with black poetry
• Prizes and awards in African American poetry
Posted by H. Rambsy at 5:18 PM