A Notebook on the Andrew J. Theising Research Collection 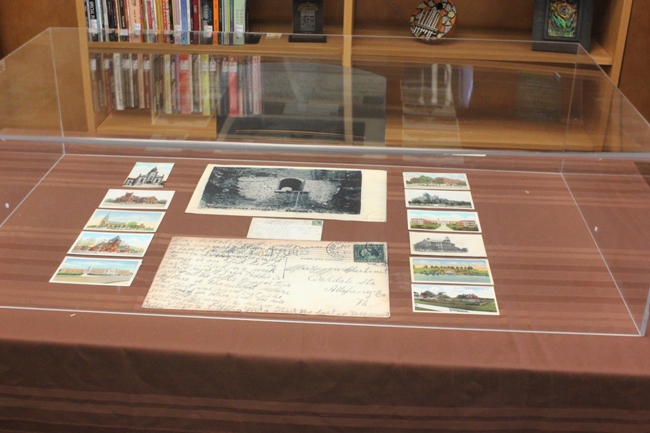 In 2003, political science professor and East St. Louis historian Andrew J. Theising donated a large collection of materials to Lovejoy Library at Southern Illinois University Edwardsville (SIUE). The items he donated had formed the basis of his research project, which became his book Made in USA: East St. Louis and the television documentary of the same name. The Theising Collection contains maps, papers, books, a variety of artifacts, and postcards of East St. Louis, which I have used as the focal objects of small exhibits. The collection was expanded in 2011, as Theising donated more materials collected as a result of the city's 150th anniversary.

2017
• September 29: A Digital look at postcards from the Andrew J. Theising Collection

Related:
• Assorted notebooks
Posted by H. Rambsy at 7:46 AM