Jay Z’s Next Chapter—Beefing with the Exploitative Bail Industry 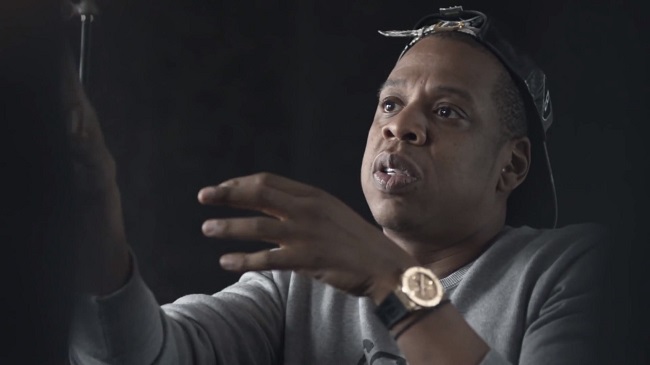 Like many people we were excited to see Jay Z inducted into the Songwriters Hall of Fame. We also enjoyed his tweets listing many other rappers he valued. At the same time, we were particularly intrigued by less publicized news concerning Jay Z: his advocacy writing.

On June 16, writing under his name Shawn Carter, the rapper published an article for TIME magazine making a case against the “exploitative bail industry.” In his article, Jay Z makes the case that large numbers of people, especially African Americans, are incarcerated because they can’t afford a private attorney, not necessarily that they have committed a crime.

“When I helped produce this year's docuseries, Time: The Kalief Browder Story,” wrote Jay Z, “I became obsessed with the injustice of the profitable bail bond industry.” He also noted that “When black and brown people are over-policed and arrested and accused of crimes at higher rates than others, and then forced to pay for their freedom before they ever see trial, big bail companies prosper.”

Jay Z’s article for TIME coincides with Father’s Day weekend. Accordingly, he announced that he would be supporting advocacy organizations “to bail out fathers who can’t afford the due process our democracy promises.”

What if Jay Z’s advocacy work taking on the injustices committed against African Americans constitutes a second act, so to speak, or another chapter in what has already been a remarkable life and career narrative arc?

Rappers have critiqued the justice system and its biased treatment against black people in their music for years dating back to NWA’s “Fuck the Police.” Even Jay Z’s critically acclaimed 2003 song “99 Problems” addresses the systematic problem of police profiling.

On September 15, 2016, The New York Times released a video “The War on Drugs is an Epic Fail” narrated by the rapper and critiquing the failures of the 1980s drug offenders program. Earlier this year, it was announced that Jay Z is producing both a film and documentary about the 2012 death of Trayvon Martin.

Jay Z’s induction into the Songwriter’s Hall of Fame stands as a testament to the rapper’s ability to break down barriers and open doors for other rappers and the culture in general. His advocacy work represents another blueprint for hip hop culture--this one demonstrating how others might raise awareness and actively combat institutional racism.