From MP3 Players to Touchscreen Tablets

This week, for the first time, I ran exhibits related to African American literary and cultural studies using touchscreen tablets. The tablets will allow me to showcase a range of audio and visual materials.  In many respects, the tablets represent my evolving approaches to presenting artistic and cultural items to students using technology.

I got the idea to purchase mp3 players after visiting various museums and noticing that the institutions were utilizing iPods and other devices to give patrons opportunities to listen to prerecorded materials as they viewed artwork.

The ideas for using mp3 players really came together for me in the spring of 2008, when I co-facilitated a trip to the National Underground Railroad Freedom Center in Cincinnati, Ohio, for high school students from the SIUE/East St. Louis Charter High School where I was volunteering. Each of the students received audio devices at the museum, and based on how well the devices assisted the students in engaging the materials, I was determined to follow a similar path.

In 2010, a small grant made it possible for me to purchase 25 mp3 players or audio devices for the exhibits I was coordinating. Over the years, I produced more than 100 mixed media exhibits that made use of those devices. More than three thousand people have made use of the devices at our events.

I still use the devices for audio exhibits. However, for the last few years, I had been thinking about how useful tablets would be for displaying a multitude of visual items. For instance, how might students benefit by seeing examples of 50 or more covers of Frederick Douglass's Narrative? Or, how about showcasing dozens of East St. Louis postcards in the Andrew J. Theising Collection?

I applied for grants last summer that made it possible for me to purchase 30 tablets. I downloaded kiosk apps to the devices for exhibit purposes. I also included galleries of images of: 1.) book covers of works published between 1969 - 1994 by black women writers, 2.) cover images of works published between 1996 - 2016 by black men writers, 3.) photographs of Maya Angelou and Amiri Baraka taken by Eugene B. Redmond, and 4.) East St. Louis postcards.

Overall, the students had access to more than 200 images. They easily scrolled through the images and different galleries with a touch of the finger. We would have had a harder time moving through so much material using print formats of items.  Of course, printing so much would have also been cost prohibitive.

So far, I organized 3 activities with the tablets. I will organize 3 or 4 more activities before then end of the semester. In the process, I'm going to make sure that the experience of utilizing the tablets is user-friendly and intellectually enriching. 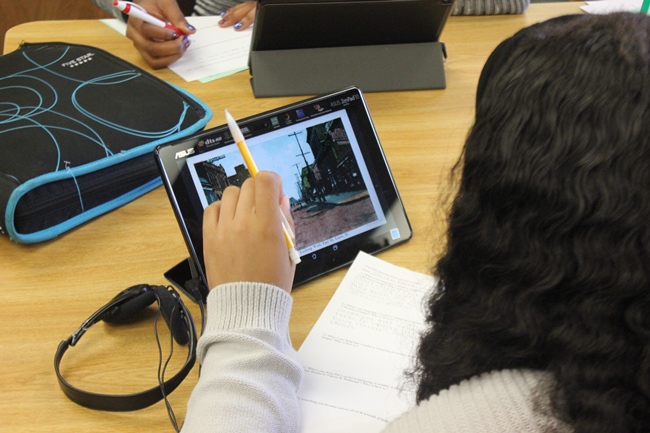 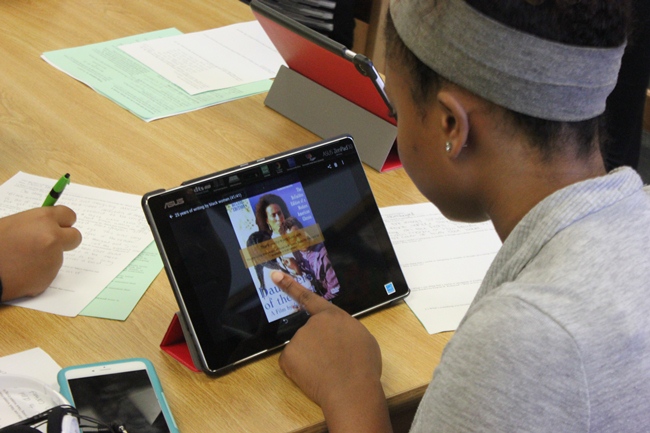 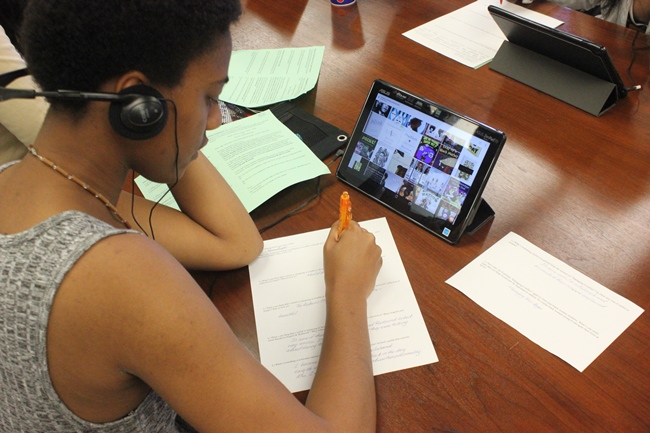 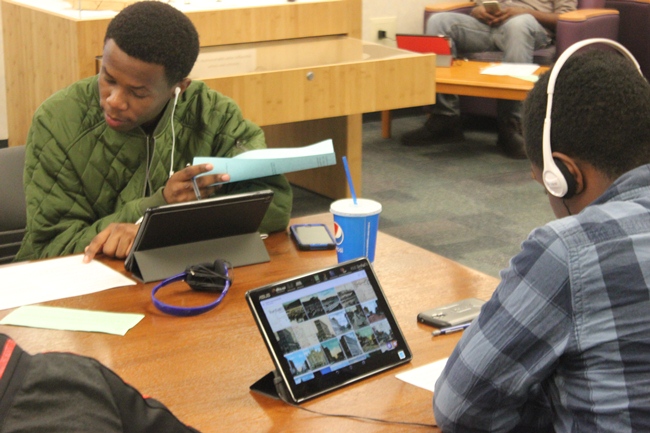