The Black Student Union (BSU) has been having ongoing conversations about the murder of black men and women as a result of police violence. We were recently talking about how to express our concerns beyond small meetings (I serve as the advisor for the group). Last night, BSU organized a chalking event on campus, where they drew outlines and provided hashtags like "#IAmMikeBrown" and "#IamSandraBland." 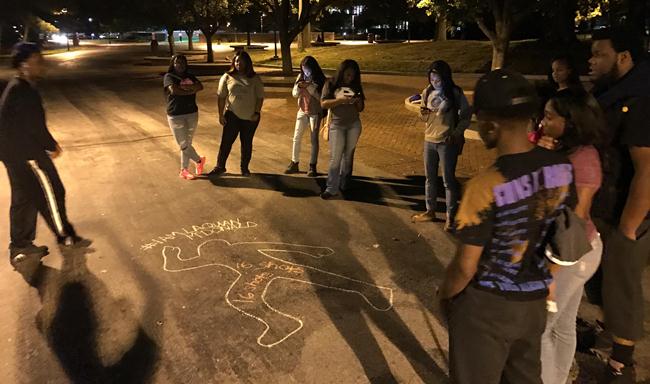 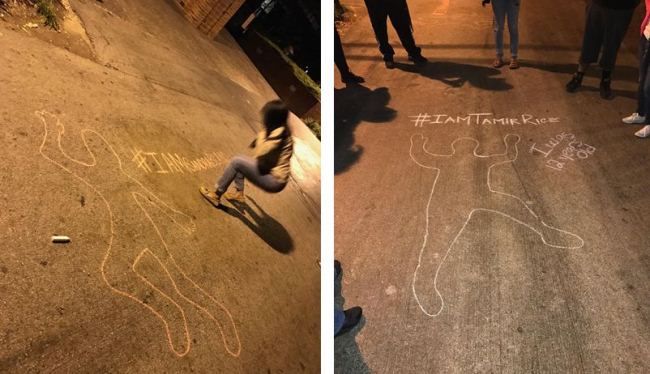 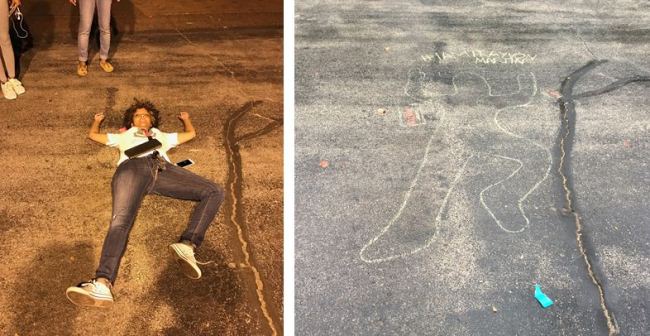 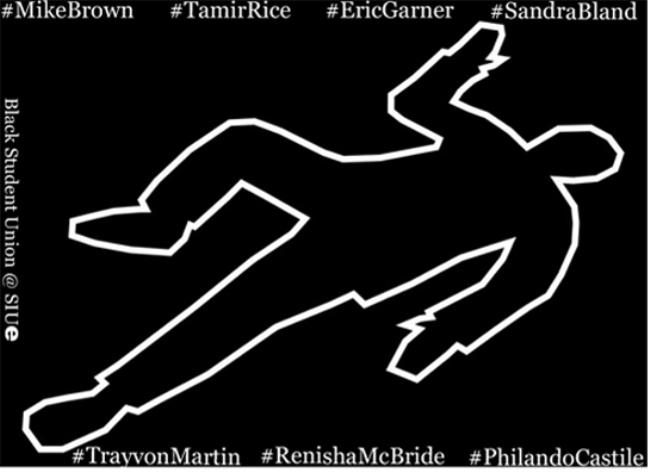