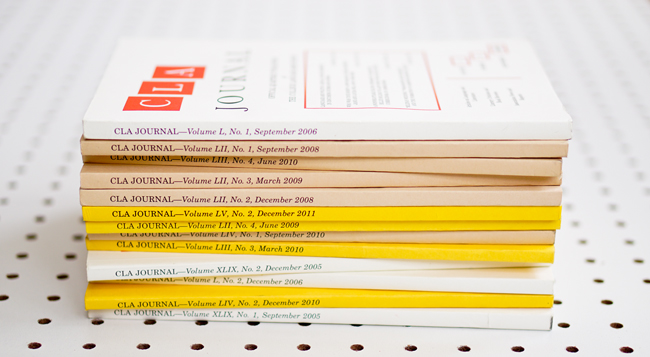 Between 1957 – 2012, CLA Journal published 1,667 articles on a wide range of major authors, novels and poems, and a variety of themes and topics. Among the writers that scholars wrote about, were some more recurring than others? If so, who?

The following writers were most frequently the focal points of articles:

Scholars of African American literature are perhaps not surprised that Baldwin, Ellison, Hurston, Morrison, and Wright were among the recurring subjects in the journal. Those figures are, after all, frequent focal authors in various other journals, including African American Review and Callaloo, in edited collections and monographs produced by scholars in the field, and in literature courses.

Related:
• A Notebook on the CLA Journal
Posted by H. Rambsy at 3:54 PM