The pre-publication of Colson Whitehead's The Underground Railroad 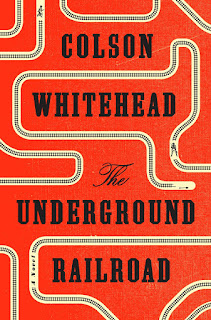 Colson Whitehead's next novel, entitled The Underground Railroad, will be published on September 13, August 2, 2016. That seems like a while from now, but his publisher Doubleday and book industry commentators have already been subtly getting the word out about the book.

The publication of Whitehead's novel in the fall, widely known as an important season within the book publishing industry, signals his high value to Doubleday. Whereas I usually publish my "coverage of" a little closer to the upcoming release dates of books, I decided to post my tracking of Whitehead's novel 7 months prior to the release of The Underground Railroad. For one, I want to highlight some of the extensive pre-publication coverage for a major African American author for some of my readers. In addition, I wanted to make aspects of my own approaches to how I follow the roll-out of one of my favorite writer's new books.

Related:
• Colson Whitehead
Posted by H. Rambsy at 6:28 AM