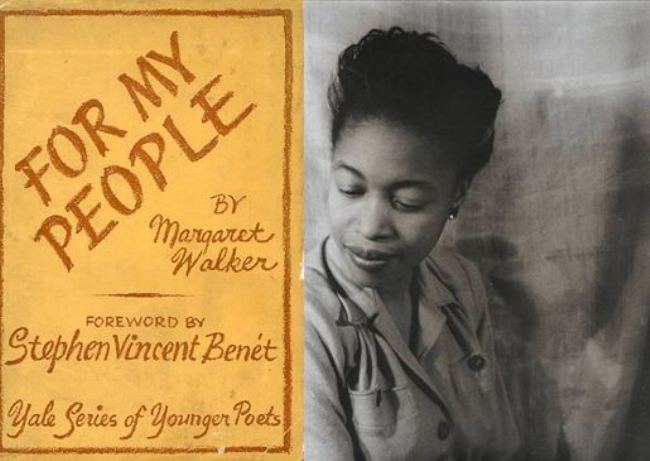 Last week on its site, the Pulitzer Foundation posted a story by Mike Pride, "One who got away." The "one" in question is Margaret Walker.  According to Pride, Walker's For My People (1942) was on the shortlist to win the Pulitzer Prize for Poetry in 1943.

Pride presents an excerpt from Wilbur L. Cross, the jury chairman of the selection committee, who highlighted Walker's work:


“‘For my People,’ by Margaret Walker, a well-educated colored woman, now a college professor of English: Stephen Vincent Benét has given her a conspicuous place among the younger American poets. Miss Walker writes of her people with deep emotion, lightened here and there with humor. No one of her race, I think, has done better for them in verse.”

Pride quickly adds that "To the modern ear, these words sound condescending. But it is worth noting that Cross was a month shy of 80 years old when he wrote this report. He was born in 1862, the second year of the Civil War."

The committee ultimately decided to select Robert Frost's A Witness Tree. That was his fourth time winning the prize. Notably, as Pride notes, Frost was "a close friend of all three members of the jury."


I've written about luck and awards recently. Well, we should also consider misfortune, or in this case what it meant that Walker lacked the many privileges, and hence opportunities for lucky breaks, that Frost had.

What if the force of white supremacy in poetry in 1942 and 1943 had been slightly less? What if the Pulitzer Foundation had acknowledged the problem of having Frost's close friends serve as judges?  What would the histories of American and African American poetry look like if Walker had won the Pulitzer in 1943? The knowledge that For My People had made the shortlist led me to these and other questions.