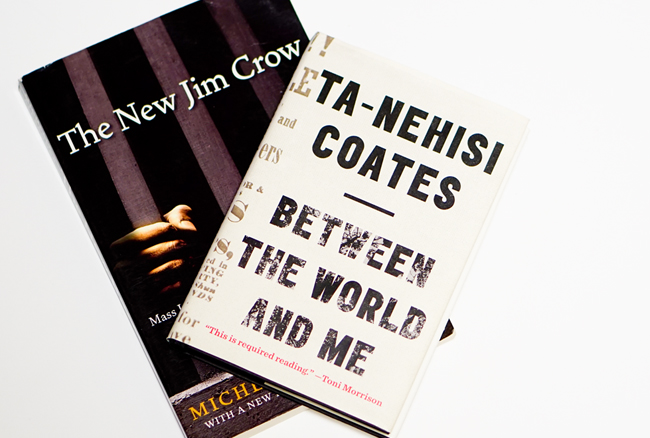 Yesterday, some of my homegirls -- in this case a group of former students -- saw me re-reading Ta-Nehisi Coates Between the World and Me and were asking me about books that I'd recommend. I'm calling the following a "starter list," mainly because I want to think on additional titles later. For now, I picked four books that came to mind immediately that I wouldn't mind re-reading sometime soon.

• Michelle Alexander's The New Jim Crow (2010) -- Here, the author addresses the pressing issue of mass incarceration, giving us a sense of the history and meaning of so many black people, especially black men, being placed behind bars or at least in the criminal justice system in some way.

• William Julius Wilson's More than Just Race: Being Black and Poor in the Inner City (2009) -- Wilson is really one of the preeminent sociologists, though this book is more for a general audience. In this book, he addresses several pressing issues, but especially challenges related to structural and cultural forces related to racial inequality, concentrated poverty, the economic plight of inner-city black men, and poor black families.