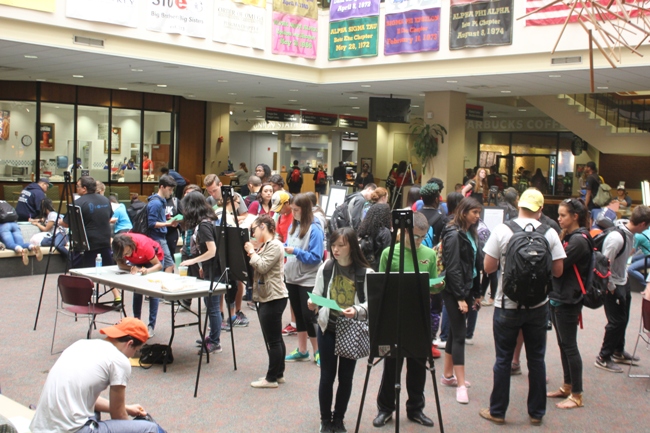 For our Public Thinking event, we produced narratives about “lucky breaks” and “misfortune” in education. We drew our prompts from Robert H. Frank's “Why Luck Matters More Than You Might Think.” At one point, he writes:


Chance plays a far larger role in life outcomes than most people realize. And yet, the luckiest among us appear especially unlikely to appreciate our good fortune. According to the Pew Research Center, people in higher income brackets are much more likely than those with lower incomes to say that individuals get rich primarily because they work hard. Other surveys bear this out: Wealthy people overwhelmingly attribute their own success to hard work rather than to factors like luck or being in the right place at the right time.

At another point, he writes:


A growing body of evidence suggests that seeing ourselves as self-made—rather than as talented, hardworking, and lucky—leads us to be less generous and public-spirited. It may even make the lucky less likely to support the conditions (such as high-quality public infrastructure and education) that made their own success possible.
Happily, though, when people are prompted to reflect on their good fortune, they become much more willing to contribute to the common good.