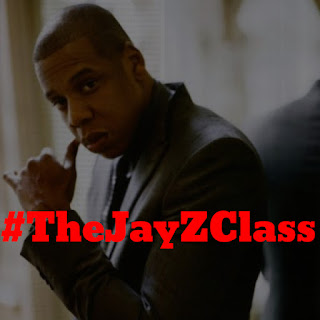 This semester, I am teaching an English digital humanities course entitled “The Life and Times of S. Carter” at the University of Texas at Arlington. I have had various conversations with people about the class.

Some are avid Jay Z fans and find the class very exciting. They always ask me some version of the question “what is the most popular Jay Z song discussed in the class?” Others wonder, “why not choose a more contemporary rapper?” Occasionally, a person or two will even ask “Who is Jay Z?” Despite the varying degree of questions, everyone always asks “What do you do in a Jay Z class?”

My short response to the question is that our class places Jay Z’s four classic albums in a broad African American literary continuum of autobiographical and semi-autobiographical works, while utilizing principles and tools associated with data management.

What follows is a version of the extended response I provide.

The first half of the semester, we focused on signifying as a unifying trope in African American literature and how this framework relates to Jay Z as a black artist. We created a custom metadata schema and analyzed over 12 dozen factors related to Jay’s lyrics and production history. We used our findings to identifying notable patterns and connections between Jay and black writers such as Frederick Douglass, Richard Wright, Malcolm X, Amiri Baraka, and Ralph Ellison.

We also engaged in many memorable and constructive conversations about canon formation and what characterizes a classic work of literature. For instance, we had extended discussions about Richard Wright removing select scenes from Native Son in order for the text to be adopted by the Book of the Month Club in 1940. We contrasted Wright having the support of the National Book of the Month Club with Jay’s founding Roc A Fella Records—a label he co-founded with Damon Dash and Karee Burke—after being turned down by several major labels. These discussions provided critical insight about the varying degrees to which institutions shape the perception and dissemination of black art and the negotiations artist must make to remain relevant.

During the second half of the semester, each week, student groups compete against one another to provide the most relevant, logical, and aesthetically appealing weekly assignments. Students perform weekly case studies using the metadata to create data visualizations that represent various features of Jay’s work, connections among black writers, and significant trends in his production history.

Students are using a variety of skills as they research various data sources, compose descriptions and responses, create data visualizations, and use online mediums. The active research projects allow opportunities for multi-modal learning as students use their awareness of African American literature, data, and technology to create projects that present research findings in an accessible and useful manner.

Below are links to some of the cool projects my students have produced this semester.
• “Multi Before I Die”
• “Vol. 2”


Related:
• African American Language and Culture Lab
Posted by H. Rambsy at 7:42 AM