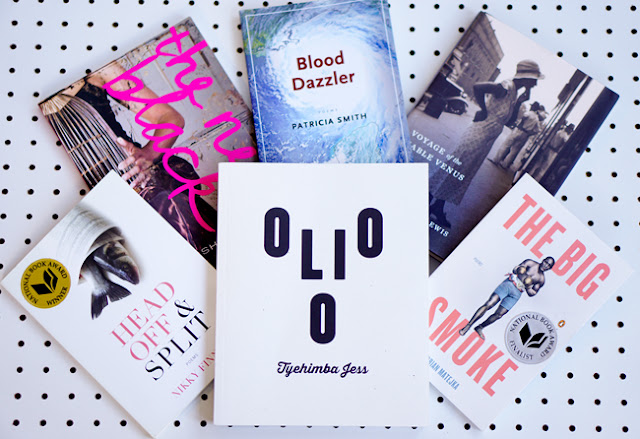 Tyehimba Jess's remarkable book Olio didn't come out of thin air. In addition to emerging from Leadbelly and Jess's extensive scholarship and artistry, the book connects to a wide range of contemporary volumes of poetry.  As I reflected on Olio, I thought about several books from the past several years that got me to this point. Books like:

In small and large ways, those books paved the way for me to absorb Olio in the ways that I've have. Some sonnet sequences here. Some thoughtfulness about design there. Persona poems over here. Those ongoing engagements with black histories, everywhere. All those things seemed to be working on my mind as I thought about ways that Jess's new book entered and began reshaping the networks.

Related:
• A Notebook on Tyehimba Jess
• Tyehimba Jess and the outstanding Olio
Posted by H. Rambsy at 8:01 AM