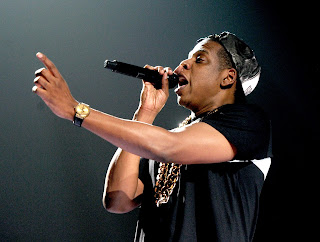 Between 1996 - 2013, Jay Z released 12 solo albums, which include over 180 songs. Jay Z’s music contains samples from over 600 R&B, soul, rap, funk, and jazz tracks as well as movies and television shows. And while Jay Z and his producers draw inspiration from a variety of others, we might also consider that various others draw inspiration from him. Jay Z’s voice and music have been sampled on more than 1,100 songs.

Sampling  and signifying (cleverly alluding to or reworking someone else’s words) are hallmarks of rap music. Jay Z, no doubt, has been a remarkable force in the field of hip hop. His music, thanks in large part to a diverse and extraordinarily talented group of producers, incorporates an eclectic body of sources, including funk, R&B, soul, disco, and rap music, Scarface and Annie movie clips as well as various drum beats, hooks, and riffs from other artists. Jay Z’s lyrics signify on works by Nas, Biggie, Isaac Hayes, the Four Tops, KC and the Sunshine band, Run- DMC, and Snoop Dogg

The artists who have sampled Jay Z’s music include J. Cole, Kendrick Lamar, Eminem, and Talib Kweli. Taken together, the sampling and signifying that comprise Jay Z’s music as well as the even larger body of works that sample Jay Z constitute an enormous body of materials.

In an effort to quantify the samples and signifying in Jay Z’s music, we are producing a series of entries on his 12 solo albums. We primarily used Whosampled to compile the lists, and when possible, we provide Youtube clips. Overall, we hope to underscore the value of sampling, connecting, and signifying as a means for transmitting artistic and social ideas.

Related:
• The African American Literary Studies Lab
Posted by H. Rambsy at 7:42 AM