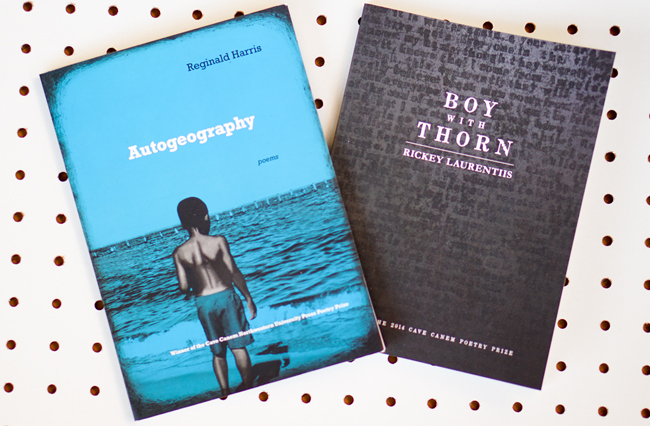 One of the important, subtle shifts in African American poetry has been the increase in poems dealing with injured or assaulted male bodies. I'm talking about the poems where the poets are really mindful of a male body that has been beaten, cut, choked, shot, dismembered, disappeared, and so forth.

In one sense, yes, the appearance of such poems has occurred for nearly a hundred years now, particularly given the presence of early poems about lynchings, such as Richard Wright's "Between the World and Me" and Claude McKay's "The Lynching." Then, there's also a poem like Robert Hayden's "The Whipping," where we watch as the speaker observers a boy receiving physical punishment. But, we're still witnessing something new in this contemporary moment with the accumulation of so many poems and the complexity of the works about assaulted male bodies.

Back in 2014 when Eric Garner was killed, I returned to Reginald Harris's volume Autogeography (2013) to read "On the Road," a poem about James Byrd, a black man brutally killed in 1998. In the poem, Harris speaks directly to Byrd, discussing "your broken body," how "your leg twists back onto itself," and "the last thing of this world you see as your head rips from your body." You know, there's a strong irony here: Harris writes beautifully and touchingly about about an incident that was so terribly violent and horrific.

The intimacy of Harris speaking directly to Byrd, paying such close attention to his subject came to mind as I was reading the title poem from Rickey Laurentiis's Boy With Thorn (2015). Laurentiis takes the Greco-Roman sculpture Boy With Thorn as a subject or, really, a point of departure as he presents a series of 29 short observations in verse. The observations are numbered; here are a few samples:


6.
Was he so terrible a thing to look at?
But was looked at.

11.
I keep thinking of the thorn as
a marker, scrawler, what shapes the places both excused
and forbidden
in his body’s swamp.

17.
Take it. Don't you have to learn
to take it, eventually?

I was trying to wrap my mind around what it meant that Laurentiis was observing this sculpture, paying such close attention to this boy with a thorn in his foot, and thinking and writing through these different angles. Those 29 statements, those 29 instances, notations of a poet thinking about a boy attending to injury, damage are mesmerizing.

Laurentiis is entranced by his muse, and we are entranced by the poet's entrancement. Part of the wonder is tied to the structure of the poem. The setup -- those 29 notations -- accentuate Laurentiis's attentiveness to his subject. There's also the matter that these days, given the many thorns that boys, especially black boys are afflicted with, you're inclined to draw links between one boy with a literal thorn and the many others with figurative ones.

There's considerable temporal distance between an ancient Greek sculpture and a late 1990s lynching-by-dragging crime. There's also substantial space between the blatant horrors of Harris's subject and the subtleties of Laurentiis's. But then, both poets are contributing to a common poetic realm about vulnerabilities and damages.

The distance between Reginald Harris's poem about James Byrd and Laurentiis's poem about a boy from antiquity removing a thorn from his foot as well as the ties that bind the two works give us some sense of how creatively contemporary poets are taking on subjects pertaining to injured male bodies.