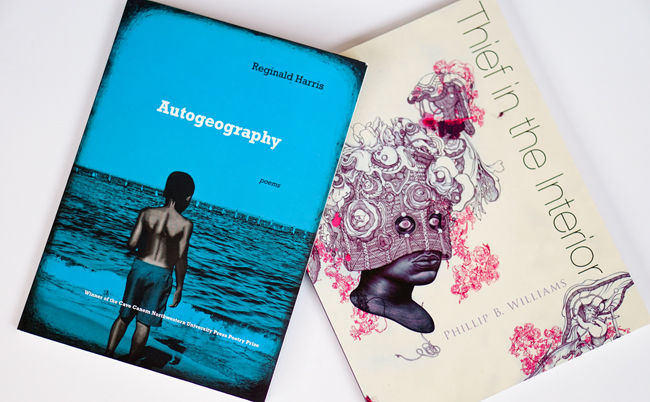 I'm always returning to Reginald Harris's "The Lost Boys: A Requiem," where he's cataloging the boys and men we've lost to accidents, murder, AIDS, jail, and who knows what. Harris presents his own list of names, but you likely have your own, especially if you've been around communities of black folk for any substantial amount of time. Black boys and men are always disappearing for troubling reasons. (That's not to say they are the only ones who face serious problems).

Yesterday, I was reading an article "Grim toll from decade of gunfire in Dade" from the Miami Herald and realizing that it was based largely on the many black boys who were lost to violence. A while back, I was re-reading Michelle Alexander's The Jim Crow and remembered its links to the hundreds of thousands of black men lost to the criminal justice system. And then I was reading Phillip B. Williams's Thief in the Interior (2016) and came across his poem or series of poems "Witness" about the unsolved murder of Rashawn Brazell.

Brazell, a 19-year-old, gay black man, disappeared in February 2005, and later, his dismembered body parts were discovered in various areas in Brooklyn. Williams references the gruesome details in the opening:


When Rashawn Brazell went missing,
the first thrash bag of his body parts
hadn't seen his head, didn't know where
it could be.

With no head, Brazell's body was "scattered like false clues across Brooklyn."

I've read hundreds of persona poems over the last several years, but I can't say I was prepared for what Williams presents: a poem in the persona of the "Duffel Bag" used to transport Brazell's dismembered body. The bag, as if a witness giving a testimony, speaks of what was carried, such as power tools, a hammer, "folded feet." At one point, the bag points out that "You cannot arrest a killer you can't find. He is nothing and everything you are looking for. All of his secrets becoming mine."

Williams constructs aspects of one section ("Headline] Gay Beau Sought in Body-Chop Slay [Interrupted") from news stories and a bulletin requesting information about Brazell's murder. In this section and others, Williams gives new or intensified meaning to the notion of "found poetry."  That is, what does it mean to compose found poetry about lost black boys and men?

In the context of poetry, Williams's "Witness" uses of found poetry sent my mind to Cornelius Eady's Brutal Imagination, Tyehimba Jess's Leadbelly, and Adrian Matejka's The Big Smoke, among others. Of course, the subject matter for Williams's poem was powerfully and necessarily unsettling in ways that those works were not.

Though Williams presented me with a range of new information, Harris had nonetheless offered me a useful framework. Taken together, Harris and Williams are both critical poetic witnesses, testifying who we lost and how.