Two of the most popular non-anthologized poems 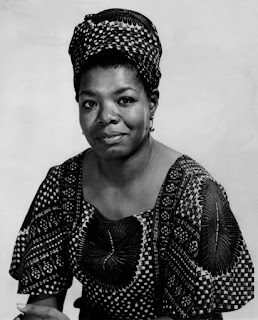 I recently identified 52 of the most anthologized African American poems. Two poems that do not appear on my list, yet are perhaps more widely known among black people, especially black women, are Maya Angelou's "Still I Rise" and "Phenomenal Woman." Those poems have appeared in relatively few anthologies over the decades, but an incredibly large number of black people still know those poems.

On a local level, I've done a poll in one of my African American literature courses, comprised of all first-year black women, each year since 2008. I ask about the poems by black poets they have encountered. The only two poems that every single student has identified each year has been "Still I Rise" and "Phenomenal Woman." They don't encounter the poem in school. Instead, they say they first heard the poems at church programs, during community performances, as the talent segments of pageants, or from friends.

16 of the 19 poets who wrote those 52 most anthologized African American poems were born prior to 1920, and all of the 52 poems were first published prior to the mid-1970s. By contrast, Angelou, who was born in 1928, first published "Still I Rise" and "Phenomenal Woman" in the late 1970s.