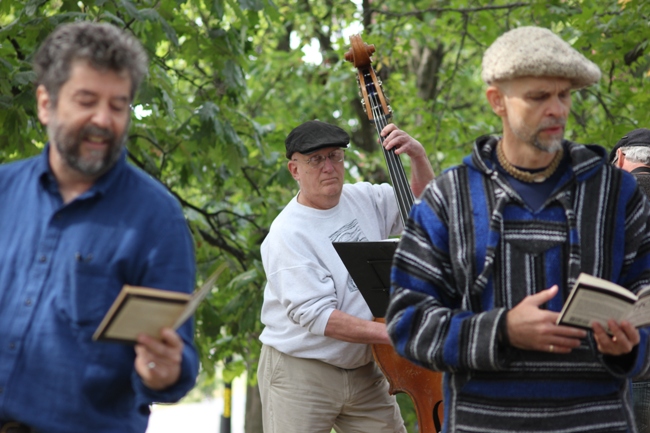 By day, he's a senior library specialist, and by night and also by day, he's a jazz connoisseur. Oh, and Doug Meyer also plays bass.

Last semester, on October 5, 2015, I attended one of the annual readings of "Howl" by Jeffrey Skoblow and Eric Ruckh. I was pleased that the poets were accompanied by musicians, including Meyer. He's usually helping folks find books and other items in Lovejoy Library. But on that day, he was busy providing sounds and rhythms.

I'd been meaning to post an entry on that moment for a while, but somehow got behind on the plans. But when I saw him the other day in the library, I was reminded to go look back on some of my images from the fall. 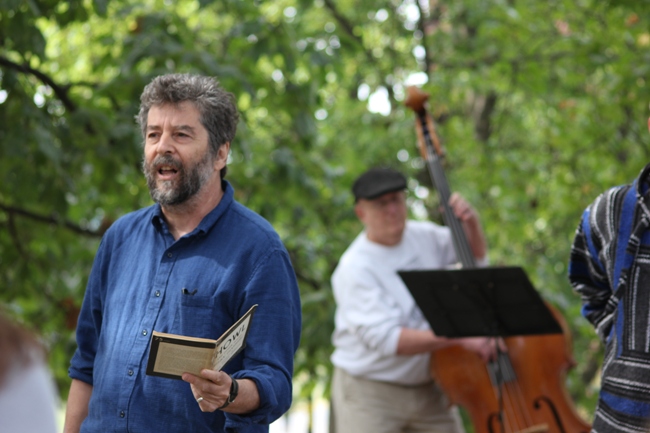 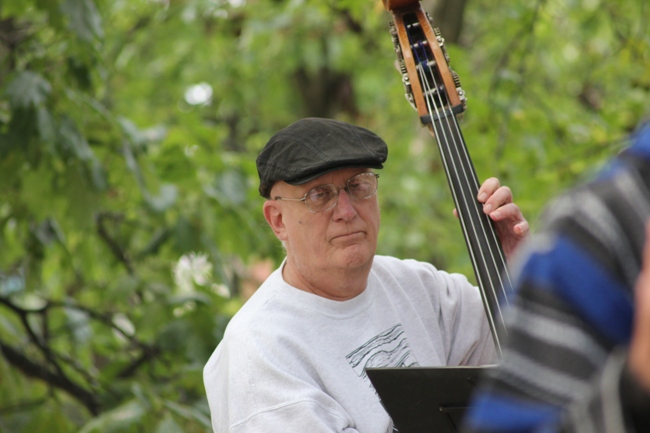 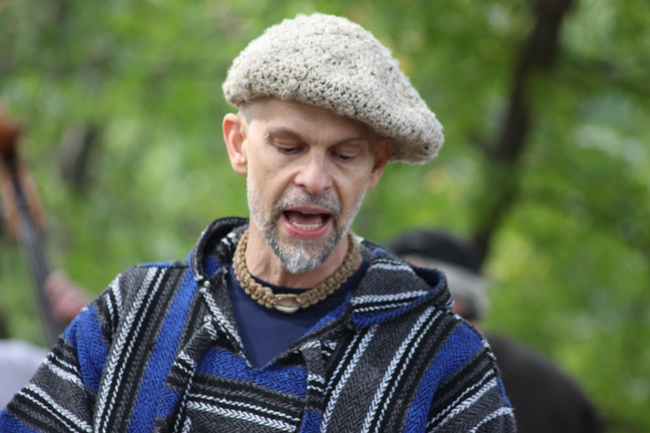 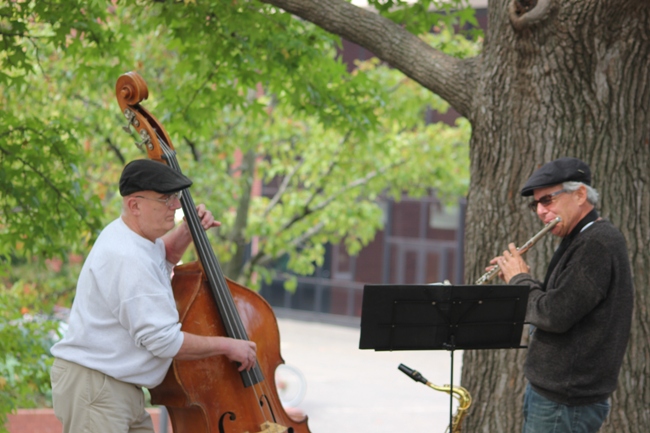 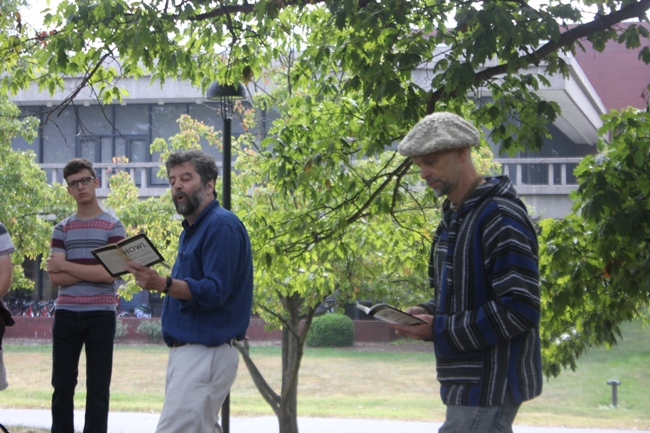