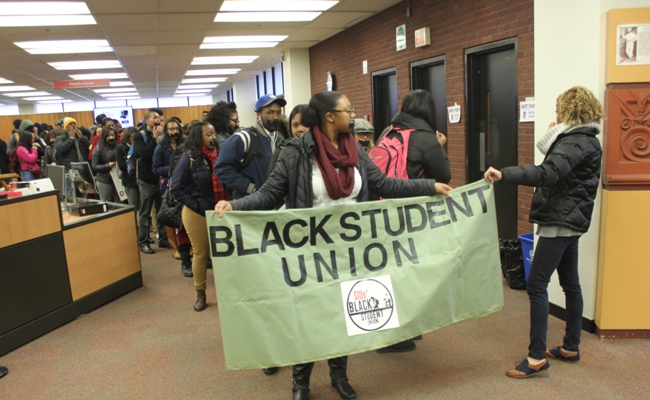 Some of their signs read: "Smarter than you think" and "I am not my ACT score."

Some of their signs said: "Black Knowledge is Power" and "Unity in the Black Community."

They all moved in silence.

Yesterday, the Black Student Union at SIUE organized a silent march. More than 70 students participated. The march was an extension of ongoing activism and consciousness-raising among African American students on campus.

The organizers of yesterday's march were trying to address at least two audiences. For one, they've been charting some of the ways university officials demean and exclude African American students. To take one example, the full scholarship recipients, honors program participants, and many other major extracurricular academic support beneficiaries at SIUE have been whiter than the 2016 Oscar nominees.

On the other hand, the students have also been trying to raise consciousness among black students on campus. Many major protests in the last year have rightly addressed themselves toward the goal of educating white people on, say, "white privilege." But what about, I've asked the BSU organizers, the education and intellectual growth of black students? They decided that some of their signs would speak to their peers, encouraging them to consider issues like "black knowledge" and "unity." 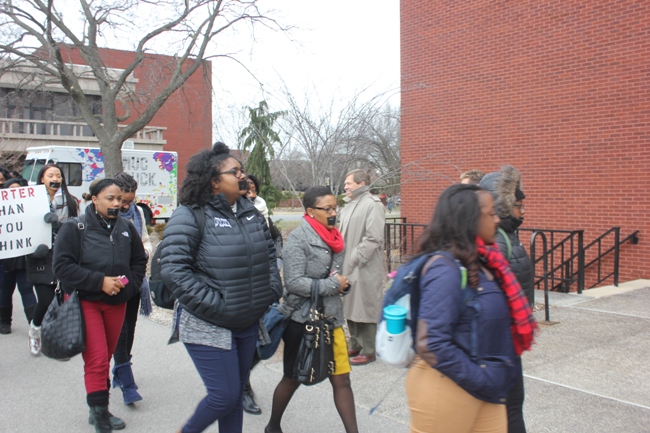 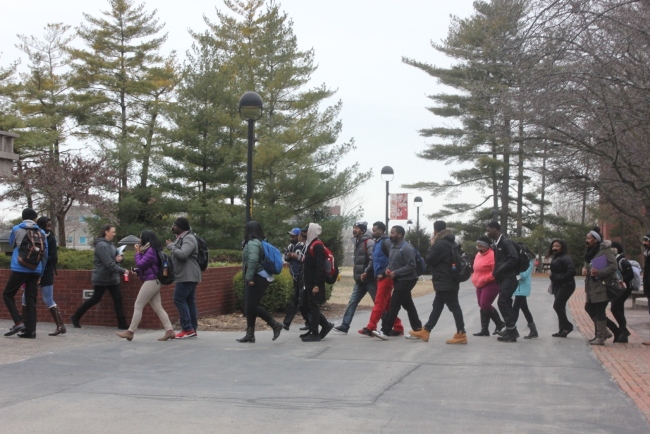 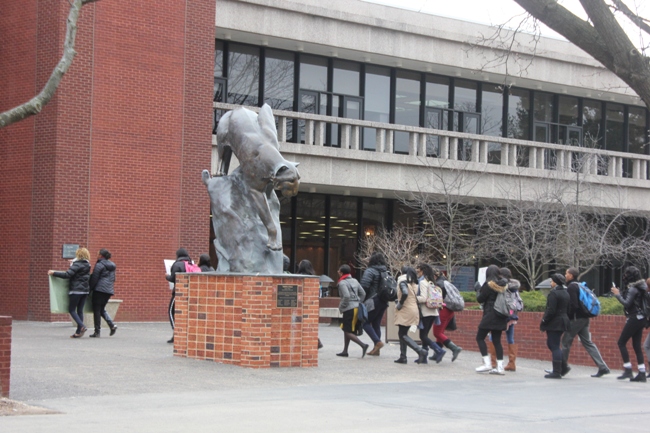 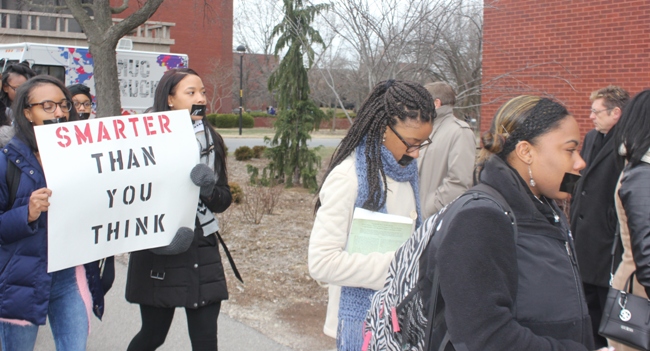 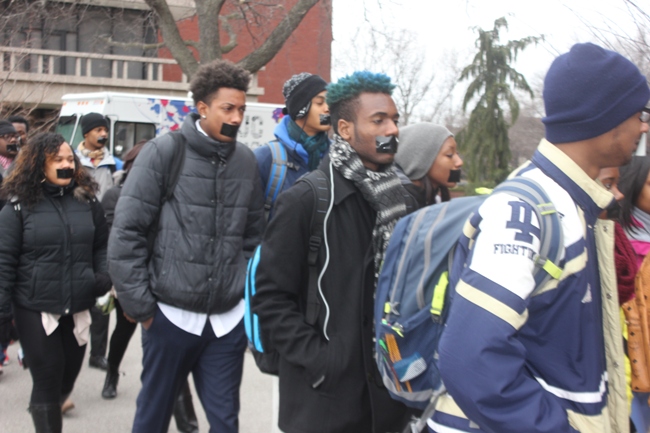 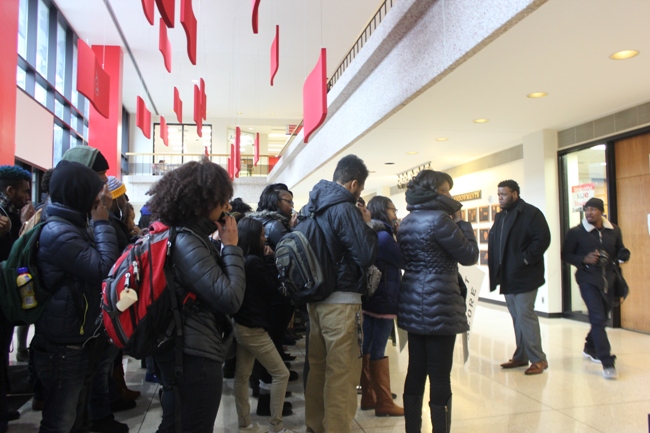