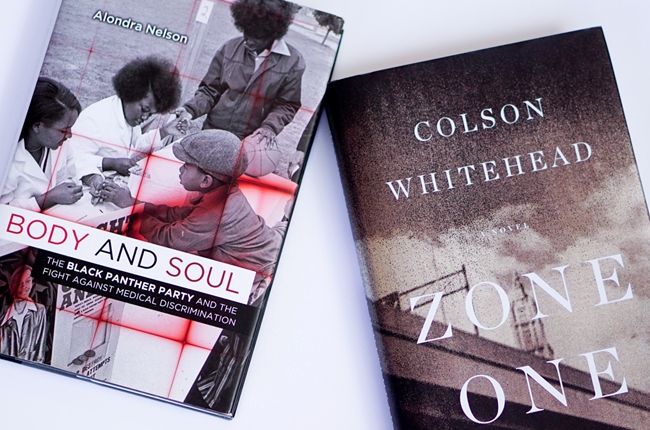 Back in 2011, two books I was really looking forward to reading were by Alondra Nelson and Colson Whitehead. Nelson was publishing her first single-authored book, Body and Soul: The Black Panther Party and the Fight against Medical Discrimination, and Whitehead was publishing his zombie novel Zone One.

By the time those two books were published, I had been following Nelson's and Whitehead's works for a little over a decade, sometimes noting their related interests in the convergence of race and technology. So it seemed a cool coincidence that their books both appeared in October 2011.

Next week, Nelson's book The Social Life of DNA: Race, Reparations, and Reconciliation After the Genome will be published. (You can read an excerpt here, "Roots and Genes"). In September, Whitehead will publish his latest novel, The Underground Railroad. So it turns out that this year, similar to 2011, I'll be reading and no doubt blogging about books by Nelson and Whitehead.