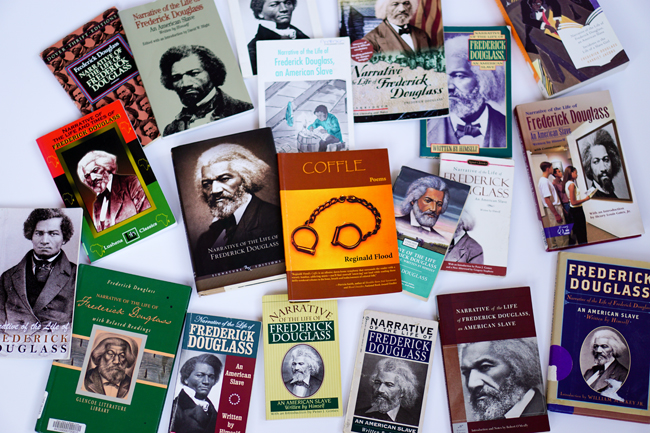 I was recently re-reading Reginald Flood's volume Coffle  (2012) as part of a project that I was doing concerning representations of black history, enslavement, and struggles for liberation in poetry. Flood has several poems on the topic in his book. As I've noted before, his Frederick Douglass poems are particularly notable.

I was reading Flood as part of a group of poets who've written about Douglass. Here's what I covered:

Flood makes useful and unique contributions by presenting Douglass in London, where he traveled and spoke. Flood's series of poem rightly situate Douglass within "the Black Atlantic," so to speak. Just as important, he gives us more poetic treatments on this really vital historical figure and artistic muse.

Related:
• Poet Reginald Flood enters the realm of Douglass poems
• Evie Shockley and This Douglass Poetry Discourse
Posted by H. Rambsy at 7:41 AM