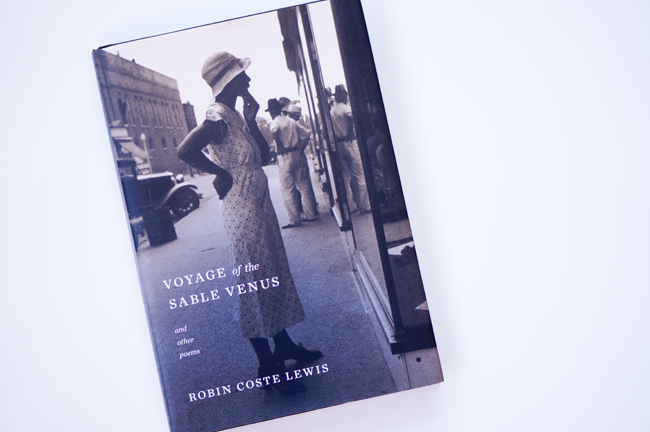 Robin Coste Lewis's wonderful volume Voyage of the Sable Venus (2015) won the National Book Award for Poetry. The award will assist in bringing Lewis's work to a wider audience, which is good given the importance of what she's produced.

As the winner of the award, Lewis joins notable company.  Consider the following list of African American winners (in bold) and finalists over the last 6 years:

What follows is a list of African American winners of the award between 1999 - 2015:

Unlike with the other winners, this book is Lewis's debut volume. What a way to kick off a career, with a National Book Award. The nature of her book, especially the catalog-like poem at the center of her volume, is also unique. Of course, Lewis extends a long tradition in black poetry and African American literary art in general by actively engaging history and representations of black people.