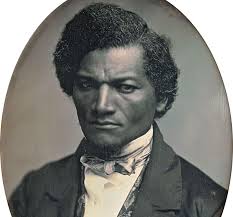 No figure is more notorious in Frederick Douglass’s descriptions of his life in bondage than the slave driver Edward Covey, referred to most often as Mr. Covey. Douglass noted that Covey “had acquired a very high reputation for breaking young slaves.” The Narrative extended Covey’s infamous reputation.

On January 1, 1833, when Douglass was 15 years old, he was sent to live with and work for Covey in Talbot County, Maryland. Douglass stayed on Covey’s farm for a full year. Douglass’s high frequency of mentions of “Covey” suggests that the “nigger breaker,” as he was known, left an indelible impression on Douglass.

In fact, the term “Covey” is among the most frequently mentioned words in Douglass’s book. What follows is a list of the top ten words, not including pronouns, mentioned in the Narrative, along with the number of mentions:

The terms “Covey” and “he” (often a reference to Covey), appear frequently throughout Chapter 10. As a result, Covey is by far the most discussed subject in the chapter. No other person in the Narrative occupies so much of Douglass’s interests.

We used AntConc, a text-mining program, to isolate the specific times when Douglass refers to Covey only as “he” in Chapter 10. What we noticed was that Douglass used the phrases “he was” 15 times and “he would” 22 times in the process of describing aspects of Covey’s behavior. The repetition of those phrases contributes to the prevalence of Covey in the chapter.

We always knew that Covey was a deeply troubling figure in the Narrative. However, text-mining software facilitated our abilities to quantify the recurrence of his mentions.