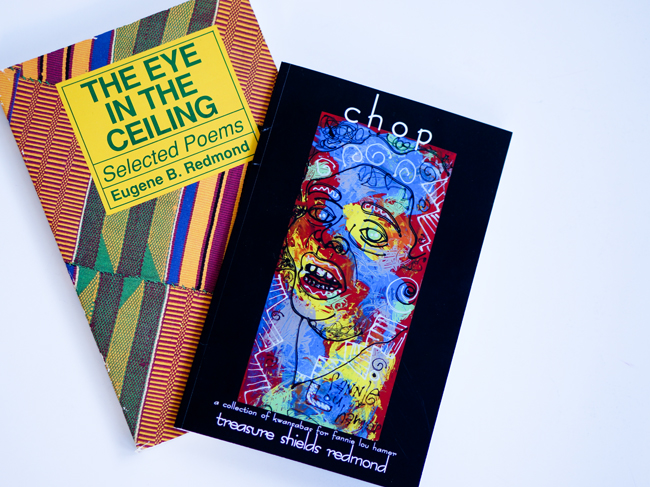 I was pleased to read Treasure Shields Redmond's chapbook Chop

The poems in the book are primarily written in the voice of civil rights activist Fannie Lou Hamer. Those poems, by the way, are kwansabas -- a  49-word poetic form that contains seven lines with no more than seven words in each line and each word is less than seven letters. The form was created by Eugene B. Redmond, along with members from the Eugene B. Redmond Writers Club, in 1995.

Most kwansabas are tribute poems. And Treasure Redmond embraces that aspect of the form by confirming that Hamer is a culture hero and fitting subject of praise.

But Redmond also advances kwansabas by utilizing persona verse -- speaking from the first-person perspective -- to represent her subject, the civil rights activist Hamer. In this regard -- writing a series of persona verse about a black historical figure -- Redmond is participating in a mode of writing and production that a large number of contemporary African American writers are shaping.

What makes her book stand out, though, is the convergence of kwansabas and persona verse.