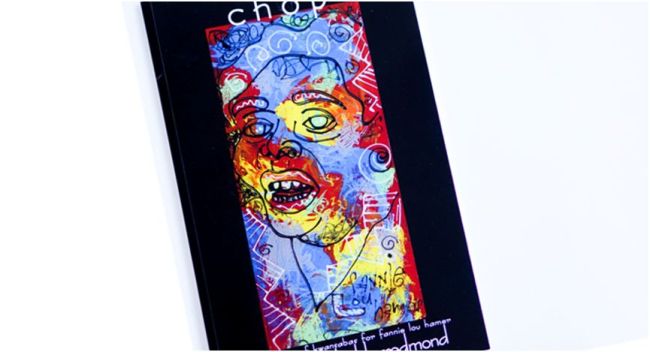 Treasure Shields Redmond's book on Fannie Lou Hamer joins a body of poetic works that I've covered the last few focusing on black women.  I'm thinking about Rachel Eliza Griffiths's dedications to women in her poems; the worlds of Elizabeth Alexander; the poetry of Celeste Doaks; and several others.

Redmond's poetry displays an attentiveness to folk culture that reminds me of writings by Kelly Norman Ellis, Nikky Finney, the late Lucille Clifton, the late Wanda Coleman, and even further back Margaret Walker. She's a poet-researcher along the lines of say Evie Shockley, Rita Dove, Marilyn Nelson, Elizabeth Alexander.

In many respects, I read Redmond as a southern poet, but she has resided here in the Midwest for some time now, leading me to draw links to her other Midwest poets whose works I enjoy such as Allison Joseph, Tara Betts, Mari Evans, Carolyn Rodgers, and Gwendolyn Brooks.

And there's Treasure Redmond "live." She performs her work wonderfully, sometimes mixing in song with the poems. Although her style is distinct from theirs, I still discuss Redmond's work in relation to various other great poet-performers such as Patricia Smith, jessica care moore, Tracie Morris, Sonia Sancehz, oh, and Maya Angelou.

And what about the music embedded in Redmond's work? We'd need to situate her alongside a tradition of poets, including Jayne Cortez, Sarah Webster Fabio, Sanchez, and others. As a cultural historian-poet, we can place Redmond along with Natasha Trethewey, Ai, Monica Hand, Dove, and many others.