From Poet-Scholars to Poets and Scholars 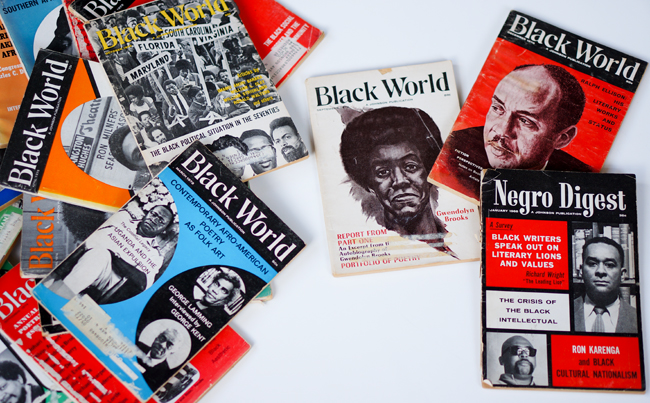 Just quickly, it occurs to me reading Negro Digest/Black World that there was a large number of poet-critics or poet-scholars publishing work in the magazine and in other venues. By "poet-critic," I mean that many writers such as Nikki Giovanni, Larry Neal, Amiri Baraka, Carolyn Rodgers published poems as well as reviews and essays.

Over the years, we seem to have less of those combinations. There are a few poets who produce criticism and essays, but by and large, that's not the case. I'm not necessarily saying we need to go back to that.

One reason for the division (poets as distinct from scholars) emerged as each of the fields began to professionalize. In order to build careers, poets had little time and reason to produce prose. And scholars were inclined to specialize and seek publishing opportunities for apparent scholarly work as opposed to creative works. Thus, many, not all, but many poets and scholars were prompted to choose different paths.

There's also the matter of audience. Under Hoyt Fuller's editorship, writers for Negro Digest/Black World presumed that they were producing work for a distinct black audience. The magazine also assumed that audience had some interest in militancy or at least black consciousness.  Whatever the case, it's worth considering how writing and writers focusing on black literary art and culture have changed over the years.