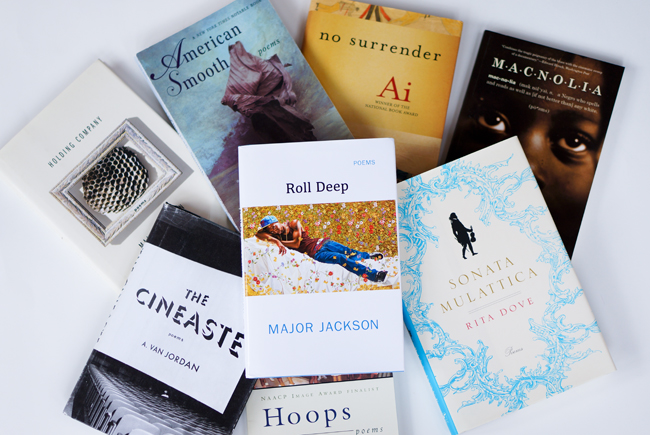 It's possible that W. W. Norton's most well-known contribution to African American literature is the publication of editions of The Norton Anthology of African American Literature. However, Norton has also published some of our leading poets. I've particularly followed the poetry and careers of Rita Dove, A. Van Jordan, Major Jackson, and the late Ai.

Jackson's new book Roll Deep (2015) extends the body of works by African American poets published by Norton. And given the travel poems in his new volume, his new book extends Norton's offerings along these lines in more than one way.

Taken together, Ai, Dove, Jordan, and Jackson represent a fascinating mix of writers, with convergent and divergent interests and stylistic approaches. Ai wrote almost exclusively in persona or dramatic monologue. Dove and Jordan have produced important works charting aspects of history. For his part, Jackson has focused on a variety of subjects, including basketball, family, neighborhoods, and places near and far.

If they were not all represented under a common imprint, I'm not sure I would have placed them together. Maybe, I would have linked Jordan and Jackson, as they belong to the same generational cohort. But those, four? I'm not sure. Perhaps the unexpected nature of those writers together makes me even more intrigued by their links to the same publisher.

Related:
• The travel writer as poet: the case of Major Jackson
Posted by H. Rambsy at 4:27 PM