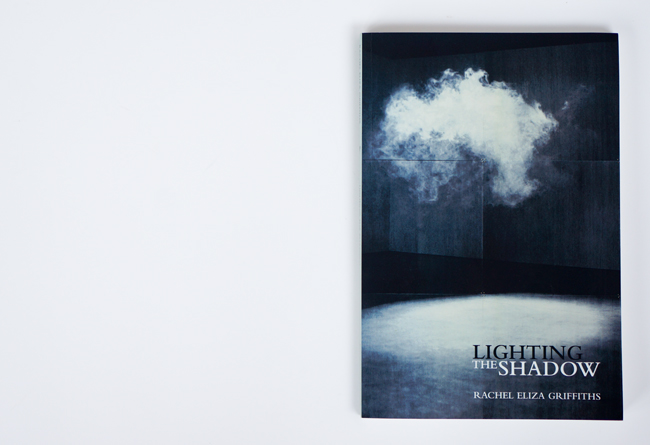 Surrealism came to mind as I read Rachel Eliza Griffiths's newest collection Lighting the Shadow (Four Way Books, 2015). She presents an array of unusual juxtapositions through metaphors and vivid images. Accordingly, her poems reveal the workings of a vibrant, poetic imagination inclined to make divergent associations.

There are numerous captivating moments throughout the book. In "The Year in Pictures," she writes, "I wash Bob Kaufman's face / with my hair." In "My Dress Hangs There," she goes, "A woman pulls night over her hips & makes the bleak seams blur the faith of her legs."  And in In "Fragments of Poems Returned by Sender," she opens:


You were waving when I looked back.
When I scraped winter from my flesh
& mimicked the silence of geese,
bruised arrows skimming grief.

Not all, but enough of the writing is like that. It's enough to recognize that disparate connections are a feature of Griffiths's style.

In some respects, the surrealist imagery of  Griffiths's poems echo the poetry of Jayne Cortez. Although Cortez covered  a range of topics, she became widely known for her jazz poems. Women are a central subject in Lighting the Shadow, and Griffiths's views as a photographer no doubt emerges in her poetry.  All of that is to say, she is honing a distinct poetic imprint.

Accounting for all the many images, ideas, twists and turns, and juxtapositions that occur in this volume will take some time. Several of the volumes I had previously read this summer took the form of standard narrative; thus, Griffiths's usefully unsettled and expanded the overall terrain of my poetic literacy.