Christopher Gilbert and the wonder of everyday moments 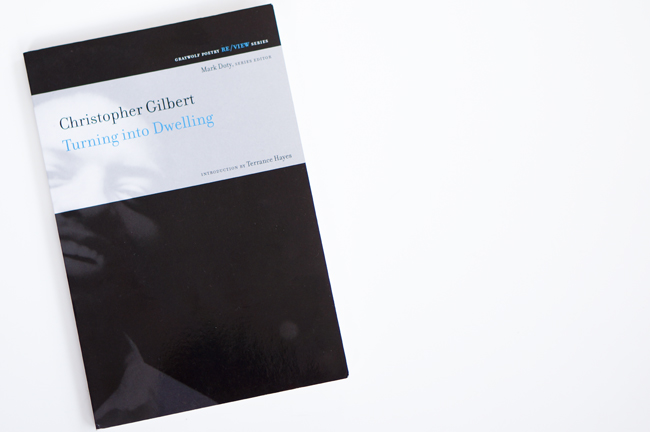 Christopher Gilbert's Turning into Dwelling (Graywolf Press, 2015) is two books in one. The volume includes Gilbert's Across the Mutual Landscape (1984) as well as Chris Gilbert: An Improvisation, which includes his newer works. Gilbert died in 2007; and thus, the appearance of this book marks an important moment in the process of his poetry reaching a wider audience.

Gilbert's work has remained largely off the radar. Like several other talented black poets who began publishing in the late 1970s and early 1980s, his initial work appeared during a time that lacked more extensive modes of support than, say, during the late 1990s and early 2000s. Aside from Yusef Komunyakaa and Rita Dove, many African American poets and perhaps the field in general received relatively little attention.

And what a shame that a poetic voice like Gilbert's had not gained a wider audience. But then, what's new? The numbers of overlooked or under-studied remarkable black poets are legion.

Whatever the case, I've enjoyed Turning into Dwelling. My earliest impression was that here's a poet writing about the wonder of everyday moments. I'm thinking of his poem "Now," from Across the Mutual Landscape, where the speaker is quite literally walking down the street, observing what he sees and feels right in the moment on "the first day of summer." At one point, he's walking and observes,


The small white flakes of the headlights
sweat for a second on the storefronts.
In the windows, darkened afterhours,
a reflection stares back
looking more like me than me.
I reach to touch
and the reflection touches me.
Everything is perfect--
even my skin fits.

In another poem, he's writing, as the title indicates, "Kite-Flying." He goes:


Every dream is a moment of freedom
and for the while when the kite goes up,
chest bowed forward, our thoughts race ahead
like anything light enough to fly

There are other poems, several others like that with Gilbert using the seemingly mundane, the seemingly, ah-ha, pedestrian as moments for just moving along and presenting these nuggets or tidbits of wisdom.

Well, and so no wonder that we haven't heard enough about Gilbert's poetry. His work doesn't easily lend itself to the big points folks want to make about history or politics or this and that. Yet here his poems were  pulling me in, drawing me to listen, to pay attention to his poems, and then to my own everyday moments.